The Southern Intercollegiate Athletic Conference (SIAC) is a collegiate athletic conference consisting mostly of historically black colleges and universities (HBCUs), with all but one member located in the southern United States. Formed in 1913, the SIAC is a member of the National Collegiate Athletic Association (NCAA) and competes in Division II. Only two charter members are still part of the conference--Clark Atlanta University (formerly Clark College) and Tuskegee University (one other charter member, Morehouse, briefly left before returning). Before 2014, all members had been southern HBCUs, but the SIAC's two newest members include its only non-HBCU, Spring Hill College (joining in 2014), and its only member outside the South, Central State University of Ohio (joining in 2015). 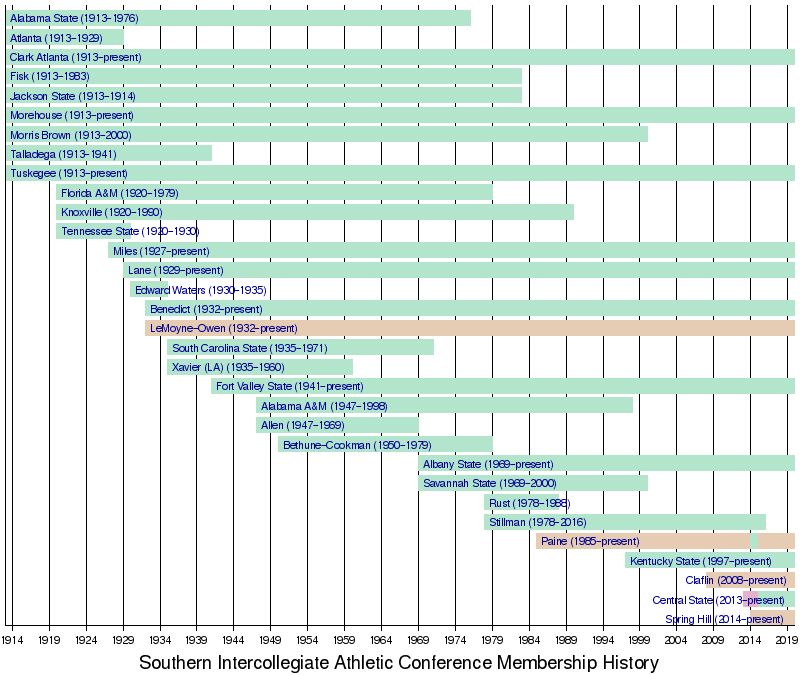 Other sponsored sports by school