From Infogalactic: the planetary knowledge core
Jump to: navigation, search
This article is about the British noble family. For other people with the surname, see Spencer (surname). For other uses, see Spencer (disambiguation).
File:Henry le despenser crest.jpg
Seal of Henry Le Despenser
File:Funeral display of Sir John Spencer.png
The funeral honours of Sir John Spencer, Kt. (1546–1599). He displays both the Despencer arms (differenced as a cadet branch) adopted after c. 1595 and the blue and white arms granted in 1504

Althorp, the family seat of the Spencer family for 500 years 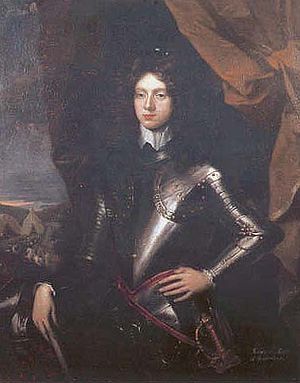 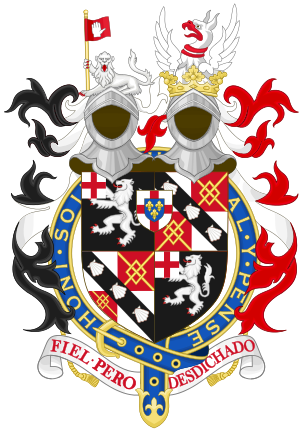 Arms of Sir Winston Churchill as Knight of the Garter, showing the combined Spencer-Churchill shield and crests.

The Spencer family is one of Britain's preeminent aristocratic families. Over time, several family members have been made knights, baronets, and peers. Hereditary titles held by the Spencers include the dukedom of Marlborough, the earldoms of Sunderland and Spencer, and the Churchill viscountcy. Two prominent members of the family during the 20th century were Sir Winston Churchill and Diana, Princess of Wales.

The family is descended in the male line from Henry Spencer (died c. 1478), claimed to be a descendant of the cadet branch of the ancient House Le Despencer. The descent of the family from the Medieval Despencers has been debunked, especially by Horace Round in his essay The Rise of the Spencers. The Spencers were granted a coat of arms in 1504 (Azure a fess Ermine between 6 sea-mews’ heads erased Argent) which bears no resemblance to that used by the family after c. 1595, which was derived from the Despencer arms. Round argued that the Despencer descent was fabricated by Richard Lee, a corrupt Clarencieux King of Arms.[1] Citing Round, The Complete Peerage dismissed the alleged Despencer descent as an "elaborate imposture" which "is now incapable of deceiving the most credulous."[2]

Today's Spencers are direct descendants, albeit illegitimate, of the House of Stuart, with the family boasting at least five lines of direct descent from the Stuarts; and from them, the Spencers can trace their ancestry to other royal houses such as the Bourbons, the Medicis, the Wittelsbachs, the Hanovers, the Sforzas, the Habsburgs, and the Houses of Howard and Boleyn through Mary Boleyn, Mistress of Henry VIII of England.

A close relative of Henry Spencer (died c. 1478) was John Spencer, who in 1469 had become feoffee (feudal lord) of Wormleighton in Warwickshire and a tenant at Althorp in Northamptonshire in 1486. His nephew, Sir John Spencer (died 1522), first made a living by trading in livestock and other commodities and eventually saved enough money to purchase both the Wormleighton and Althorp lands. Wormleighton was bought in 1506, the manor house was completed in 1512. In 1508, Spencer also purchased the estate of Althorp with its moated house and several hundred acres of farmland.[3] He had grazed sheep here from the 1480s. Impressed by the quality of the land, he eventually bought it and rebuilt the house in 1508.[4] At that time, his estate and mansion in Warwickshire were considerably larger, the house in Wormleighton was four times the size of Althorp.[4] In 1511 he made further purchases to acquire the villages of Little Brington and Great Brington as well their parish church of St Mary the Virgin, from Thomas Grey, 2nd Marquess of Dorset.[3] By putting down roots at Althorp, Spencer provided what was to become a home for the next 19 generations.[4] In 1519 he was knighted by King Henry VIII, died three years later and was buried in the new family chapel at Great Brington.[3]

The Spencers rose to opulent prominence during the 16th century. Sir John Spencer's grandson Sir John Spencer (d. 1586) was a Knight of the Shire for Northamptonshire. The Spencers’ administration of their Northamptonshire and Warwickshire estates was admired and often emulated by gentlemen all over England. Sheep from their pastures were purchased for breeding and it is probable that the family’s success as farmers was rarely equalled in the century.[5]

In the late 16th century, the latter Sir John Spencer's grandson Sir Robert Spencer (1570–1627) represented Brackley in Parliament. In 1601, he was made a Knight of the Garter, and created Baron Spencer, of Wormleighton, in the Peerage of England in 1603. During the reign of King James I he was reputed to be the richest man in England. The humble origins of the Spencers as sheep farmers once caused a heated exchange of words between wealthy yet then upstart Spencers with the more established Howards whose FitzAlan ancestors had been the Earls of Arundel since the 13th century. During a debate in the House of Peers, Lord Spencer was speaking about something that their great ancestors had done when suddenly the Earl of Arundel cut him off and said "My Lord, when these things you speak of were doing, your ancestors were keeping sheep". Lord Spencer then instantly replied, "When my ancestors as you say were keeping sheep, your ancestors were plotting treason."

Robert Spencer, 1st Baron Spencer, was succeeded in his peerage and estates by his eldest surviving son, William. He had previously represented Northamptonshire in Parliament. Two of his sons received additional peerages: His eldest son, Henry (1620–1643), succeeded as 3rd Baron Spencer in 1636 and was created Earl of Sunderland in the Peerage of England in 1643. The younger son, Robert (1629–1694), sat in the House of Commons from 1660 to 1679 and was created Viscount Teviot in the Peerage of Scotland in 1685.

Robert Spencer, 2nd Earl of Sunderland was Lord President of the Council from 1685 to 1688 and a Knight of the Garter. His son Charles, 3rd Earl of Sunderland, was Lord-Lieutenant of Ireland, Lord Privy Seal, Secretary of State for both the Northern and Southern Departments, Lord President of the Council, First Lord of the Treasury and a Knight of the Garter. His second wife was Lady Anne Churchill, second daughter of the distinguished soldier John Churchill, 1st Duke of Marlborough. After Churchill's death in 1722, the Marlborough titles first passed to his eldest daughter Henrietta (1681–1733), then to Anne's second son, Charles. After the death of his elder brother, Robert, in 1729, Charles Spencer had already inherited the titles of 4th Earl of Sunderland and Baron Spencer of Wormleighton as well as the Spencer family estates. In 1733, he succeeded to the Churchill family estates and titles and became the 3rd Duke of Marlborough as well as a Knight of the Garter, while the Spencer estates in Bedfordshire, Northamptonshire (including Althorp) and Warwickshire passed to his younger brother John (1708–1746).

In 1817, George Spencer, 5th Duke of Marlborough, obtained permission to assume and bear the additional surname of Churchill in addition to his own surname of Spencer, in order to perpetuate the name of his illustrious great-great-grandfather. At the same time he received Royal Licence to quarter his paternal arms of Spencer with the coat of arms of Churchill.[6] The modern Dukes of Marlborough thus originally bore the surname " Spencer". The double-barrelled surname of "Spencer-Churchill" as used since 1817 has remained in the family to this day, though some members have preferred to style themselves merely "Churchill". The 7th Duke of Marlborough was the paternal grandfather of Sir Winston Churchill (1874–1965), the British Prime Minister. The latter's widow, Clementine (1885–1977), was created a life peeress in her own right as Baroness Spencer-Churchill in 1965.

The family seat of the Dukes of Marlborough is Blenheim Palace in Woodstock, Oxfordshire. Most Spencer-Churchills are interred in the churchyard of St Martin's Church, Bladon, a short distance from the palace; only the Dukes and Duchesses are buried in the Blenheim Palace chapel. 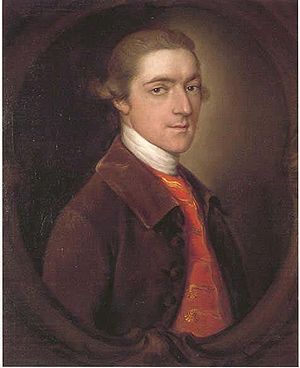 In 1761, John Spencer (1734–1783), a grandson of the 3rd Earl of Sunderland, was created Baron Spencer of Althorp and Viscount Spencer in the Peerage of Great Britain by King George III. In 1765, he was further created Viscount Althorp and Earl Spencer, also in the Peerage of Great Britain. In 1755, he had privately married Margaret Poyntz (1737–1814) in his mother's dressing room at Althorp. They had five children, including the 2nd Earl Spencer, who later became Home Secretary from 1806 to 1807 and a Knight of the Garter. His older son, the 3rd Earl Spencer was Chancellor of the Exchequer under Lord Grey and Lord Melbourne from 1830 to 1834. The 2nd Earl's youngest son George (1799–1864) converted from Anglicanism to the Roman Catholic Church, became a priest and took the name of "Father Ignatius of St Paul". He worked as a missionary and is a candidate for beatification. His older brother, who eventually became the 4th Earl Spencer, was a naval commander, courtier and Whig politician. He initially served in the Royal Navy and fought in the Napoleonic Wars and the Greek War of Independence, eventually rising to the rank of Vice-Admiral, and was made a Knight of the Garter in 1849. His son, the 5th Earl Spencer, who was known as the "Red Earl" because of his distinctive long red beard, was a close friend of prime minister William Ewart Gladstone. He served twice as Lord Lieutenant of Ireland and was made a Knight of the Garter in 1864. He was succeeded in 1910 by his half-brother, the 6th Earl Spencer, who had been made Viscount Althorp, of Great Brington in the County of Northamptonshire, in the Peerage of the United Kingdom, in 1905 and served as Lord Chamberlain from 1905 to 1912. He became a Knight of the Garter in 1913, and was succeeded in the earldom and estates by his son, the 7th Earl Spencer, in 1922. His son, the 8th Earl Spencer, succeeded to the earldom and estates in 1975. He married the Honourable Frances Ruth Roche in 1954 and had a daughter, Diana, who later married Prince Charles in 1981.

The family seat of the Earl Spencer is Althorp in Northamptonshire, their traditional burial place is the parish church of St Mary the Virgin Church, Great Brington. The family estate includes significant land holdings in other parts of the country, including the village of North Creake in Norfolk.

Members of the family 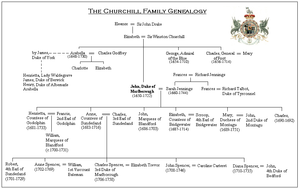 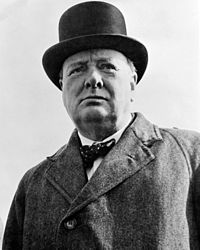 This line of the family descends from Francis Spencer, younger son of the 4th Duke of Marlborough. In 1902, his grandson, the 3rd Baron, was created Viscount Churchill. Holders of these titles include 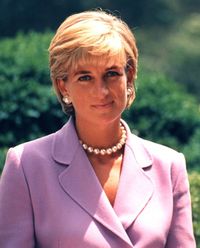 Members of the Order of the Garter

Many members of the Spencer family have also been knights or dames of the Order of the Garter. The following is a list is of all Spencer members of this order, across all branches of the family, along with their year of investiture.