Practice is the act of rehearsing a behavior over and over, or engaging in an activity again and again, for the purpose of improving or mastering it, as in the phrase "practice makes perfect". Sports teams practice to prepare for actual games. Playing a musical instrument well takes a lot of practice. It is a method of learning and of acquiring experience. The word derives from the Greek "πρακτική" (praktike), feminine of "πρακτικός" (praktikos), "fit for or concerned with action, practical",[1] and that from the verb "πράσσω" (prasso), "to achieve, bring about, effect, accomplish".[2] In American English, practice is used as both a noun and a verb, but in British English, there is a distinction between practice, used as a noun, and practise, used as a verb (see spelling differences).

Sessions scheduled for the purpose of rehearsing and performance improvement are called practices. They are engaged in by sports teams, bands, individuals, etc. "He went to football practice every day after school", for example 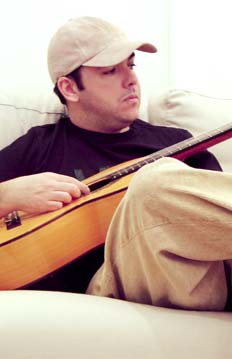 A musician practicing his instrument. 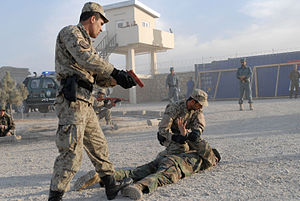 Some common ways practice is applied:

How well one improves with practice depends on several factors, such as the frequency it is engaged in, and the type of feedback that is available for improvement. If feedback is not appropriate (either from an instructor or from self-reference to an information source), then the practice tends to be ineffective or even detrimental to learning. If a student does not practise often enough, reinforcement fades, and he or she is likely to forget what was learned. Therefore, practice is often scheduled, to ensure enough of it is performed to reach one's training objectives. How much practice is required depends upon the nature of the activity, and upon each individual. Some people improve on a particular activity faster than others. Practice in an instructional setting may be effective if repeated only 1 time (for some simple verbal information) or 3 times (for concepts), or it may be practised many times before evaluation (a dance movement).

Psychologist K. Anders Ericsson, a professor of Psychology at Florida State University, has been a pioneer in researching deliberate practice and what it means. According to Ericsson:

One of Ericsson's core findings is that how expert one becomes at a skill has more to do with how one practices than with merely performing a skill a large number of times. An expert breaks down the skills that are required to be expert and focuses on improving those skill chunks during practice or day-to-day activities, often paired with immediate coaching feedback. Another important feature of deliberate practice lies in continually practising a skill at more challenging levels with the intention of mastering it.[4] Deliberate practice is also discussed in the books Talent is Overrated by Geoff Colvin[5] and The Talent Code by Daniel Coyle,[6] among others.

Two recent articles in Current Directions in Psychological Science criticize deliberate practice and argue that, while it is necessary for reaching high levels of performance, it is not sufficient, with other factors such as talent being important as well.[7][8]

Behavioral theory would argue that deliberate practice is facilitated by feedback from an expert that allows for successful approximation of the target performance. Feedback from an expert allows the learner to minimize errors and frustration that results from trial-and-error attempts. Behavioral theory does not require delivery of rewards for accurate performance; the expert feedback in combination with the accurate performance serve as the consequences that establish and maintain the new performance.

In cognitive theory, excellent performance results from practising complex tasks that produce errors. Such errors provide the learner with rich feedback that results in scaffolding for future performance. Cognitive theory explains how a learner can become an expert (or someone who has mastered a domain).[4]

They further described the personal skills learners need to exhibit at various stages of skill development in order to be successful in developing their clinical skills. This includes:

While the study only included medical students, the authors found that repetitious practice may only help the novice learner (year 1) because as expertise is developed, the learner must focus and plan their learning around specific deficiencies. Curriculum must be designed to develop students' ability to plan their learning as they progress in their careers.

Finally, the findings in the study also have implications for developing self-regulated behaviors in students. Initially, a medical student may need focused feedback from instructors; however, as they progress, they must develop the ability to self-assess.

Skills fade with non-use.[10]. The phenomenon is often referred to as being "out of practice". Practice is therefore performed (on a regular basis) to keep skills and abilities honed.