Jackson was born in Leeds. His father was William Jackson, 1st Baron Allerton. During Stanley's time at Harrow School his fag was fellow parliamentarian and future Prime Minister Winston Churchill.[1] He went up to Trinity College, Cambridge in 1889.[3] 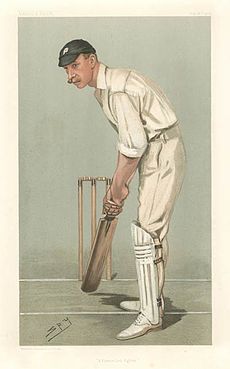 Jackson played for Cambridge University, Yorkshire and England. He spotted the talent of Ranjitsinhji when the latter, owing to his unorthodox batting and his race, was struggling to find a place for himself in the university side, and as captain was responsible for Ranji's inclusion in the Cambridge First XI and the awarding of his Blue. According to Alan Gibson this was "a much more controversial thing to do than would seem possible to us now".[4] He was named a Wisden Cricketer of the Year in 1894.

He captained England in 5 Test matches in 1905, winning 2 and drawing 3 to retain The Ashes.[5] Captaining England for the first time, he won all five tosses and topped the batting and bowling averages for both sides, with 492 runs at 70.28 and 13 wickets at 15.46. These were the last of his 20 Test matches, all played at home as he could not spare the time to tour. Jackson still holds the Test record for the most matches in a career without playing away from home.[6]

Gibson wrote of him as a cricketer that he had "a toughness of character, a certain ruthlessness behind the genial exterior... He does not seem to have been a particularly popular man, though he was always a deeply respected one."[4]

Jackson succeeded Lord Hawke as President of Yorkshire CCC in 1938 after Hawke's death and held the post until his own death in 1947.[7]

Jackson was a lieutenant in the Harrow Volunteers when he was on 16 January 1900 appointed captain in 3rd (Militia) Battalion of the King′s Own (Royal Lancaster Regiment).[8] He served with the regiment in the Second Boer War, and transferred to the West Yorkshire Regiment as a Lieutenant-Colonel in 1914.

He was elected as a Member of Parliament at a by-election in February 1915,[9] representing Howdenshire (Yorkshire) until resigning his seat on 3 November 1926.[10] He served as Financial Secretary to the War Office 1922-23. In 1927 he was appointed Governor of Bengal and in that year was knighted with the GCIE and was made a member of the Privy Council. In 1928 while he was Governor of Bengal, he inaugurated The Malda District Central Co-operative Bank Ltd in Malda District of Bengal to promote co-operative movements. He was awarded the KStJ in 1932.

In 1932, he sidestepped and ducked five pistol shots fired at close range by a girl student named Bina Das in the Convocation Hall of the University of Calcutta. Escaping unharmed and smiling, "[e]ven before the smoke had blown away, the Governor resumed his speech amid cheers."[11] The attacker was tackled and disarmed by Lieutenant-Colonel Hassan Suhrawardy (the first Muslim Vice Chancellor of the University of Calcutta), who was knighted by the King for his heroism.[12] Later that year, Jackson was appointed GCSI. 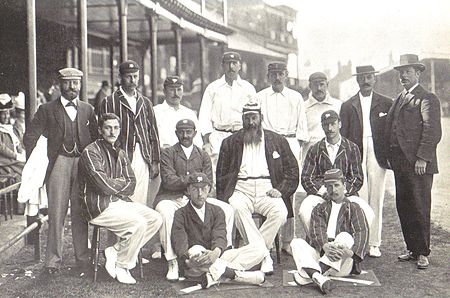 Jackson died in London of complications following a road accident.[13] Recalling his funeral, the Bishop of Knaresborough remarked "As I gazed down on the rapt faces of that vast congregation, I could see how they revered him as though he were the Almighty, though, of course, infinitely stronger on the leg side."