From Infogalactic: the planetary knowledge core
Jump to: navigation, search
This article is about the area called Stockwell in London, England. For other places and other meanings, see Stockwell (disambiguation).

Stockwell is a district in inner south London, England, located in the London Borough of Lambeth.

It is situated 2.4 miles (3.9 km) south of Charing Cross. Brixton, Clapham, South Lambeth and Kennington all border Stockwell. Once one of London's poorest neighbourhoods, it is now an up-and-coming area[citation needed], owing to its close proximity to Central London and excellent transport links.

A map showing the Stockwell ward of Lambeth Metropolitan Borough as it appeared in 1916.

Stockwell probably got the second half of its name from a local well; the other half is from "stoc", which was Old English for a tree trunk or post. From the thirteenth to the start of the nineteenth century, Stockwell was a rural manor at the edge of London. It included market gardens and John Tradescant's botanical garden – commemorated in Tradescant Road, which was built over it in 1880, and in a memorial outside St Stephen's church. In the nineteenth century it developed as an elegant middle class suburb. Residents included the artist Arthur Rackham, who was born in South Lambeth Road in 1867, moving with his family to Albert Square when he was 15.

Its social and architectural fortunes in the twentieth century were more mixed. The area immediately around Stockwell tube station was extensively rebuilt following the Second World War, and the original domed tube station was replaced first in the 1920s, then again with the opening of the Victoria line in 1971.

The area also has much social housing; the main estates are Lansdowne Green, Stockwell park, Studley, Spurgeon, Mursell and Stockwell Gardens. However, many remnants of the area's nineteenth century grandeur can be found in the side and back streets of Stockwell, notably in the Stockwell Park Conservation Area,[1] mostly built between 1825 and 1840 and centred on Stockwell Park Road,[2] Stockwell Park Crescent,[3] Durand Gardens, and Albert Square. The only twentieth century building of significant architectural interest in the area is Stockwell Bus Garage. Before the creation of the County of London in 1889, Stockwell was part of Surrey.

In 1986 Kenneth Erskine, a serial killer dubbed the Stockwell Strangler, killed seven elderly victims, three of whom were from Stockwell.[4]

Stockwell[5] is a ward in the London Borough of Lambeth. Since the elections on 22 May 2014, it has been represented by three Labour councillors: Alex Bigham,[6] Guilherme Rosa[7] and Imogen Walker.[8]

There are three schools in Stockwell ward[5] - St Stephen's,[9] Allen Edwards[10] and Stockwell Primary School - and also a campus of Lambeth College.[11] In the Stockwell area (on Clapham Road) there is also Platanos College,[12] a secondary school, Lansdowne School and numerous primary schools.

Stockwell and neighbouring South Lambeth are home to one of the UK's biggest Portuguese communities, known as 'Little Portugal'. Most of the local Portuguese people originate from Madeira and Lisbon and have established many cafes, restaurants, bakeries, neighbourhood associations and delicatessens. Stockwell is also home to many people of Caribbean and West African origin. They are also well represented in the local population, and cafes, grocers, barbers' shops and salons run by people from these communities are scattered around Stockwell. 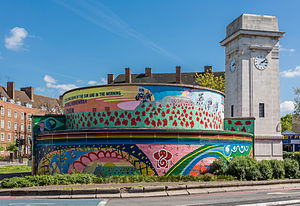 On 22 July 2005, following the 21 July 2005 London bombings, Stockwell gained notoriety as the scene of the shooting by police of an innocent Brazilian electrician, Jean Charles de Menezes, in the tube station. 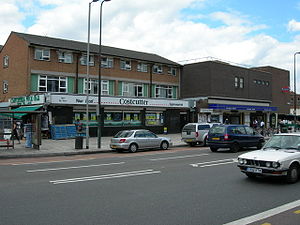