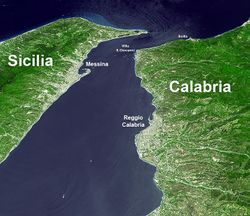 Satellite photo of the Strait of Messina with names. NASA image.

The Strait of Messina (Stretto di Messina in Italian language, Strittu di Missina in Sicilian) is the narrow passage between the eastern tip of Sicily (Punta del Faro) and the western tip of Calabria (Punta Pezzo) in the south of Italy. It connects the Tyrrhenian Sea to the north with the Ionian Sea to the south, within the central Mediterranean. At its narrowest point, it measures 3.1 km (1.9 mi) in width, though near the town of Messina the width is some 5.1 km (3.2 mi) and maximum depth is 250 m (830 ft).

Fig. 1B: The strait seen from the hill of "Pentimele", near Reggio Calabria. In the distance is the snow-covered Etna volcano. 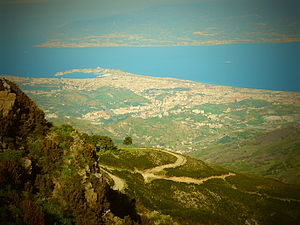 the Strait of Messina seen from mount mount Dinnammare, Peloritani

The strait is characterized by strong tidal currents, that established a unique marine ecosystem. A natural whirlpool in the northern portion of the strait has been linked to the Greek legend of Scylla and Charybdis. In some circumstances, the mirage of Fata Morgana can be observed when looking at Sicily from Calabria. With its bottleneck shape, it is also a compulsory point of transit of the migration of many bird species. 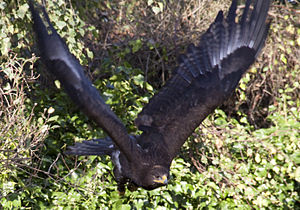 the steppe eagle uses to cross the Strait of Messina 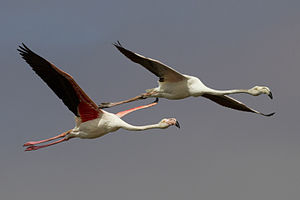 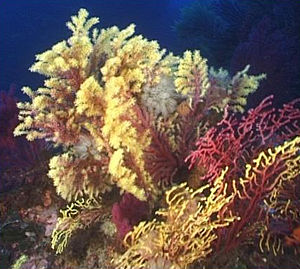 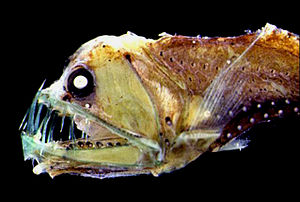 the Sloane's viperfish and other deep sea fish were found stranded on the shores of the Strait of Messina. 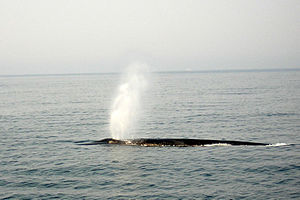 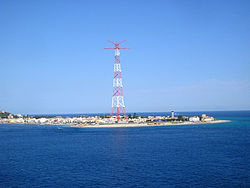 In 1957, a 220 kV overhead power line was built across the Strait of Messina. Its pylons are among the highest in the world. This power line has since been replaced by a submarine power cable, but the pylons remain and are protected as historical monuments (see Pylons of Messina).

The Strait of Messina is a focal point of transit of the migrations of birds that every year use to cross it, mainly to breed in north Europe, driven for thousands of miles by their mysterious sense of orientation. Due to this form of bottleneck more than 300 species are recorded in the area that is a major European hot spot for raptors with a record of 35.000 in a spring.[1] Between them the Honey Buzzard and the Marsh Harrier are the most frequent, species like Bonelli's Eagle and Egyptian Vulture are less frequent but regular. In the coastal salt lakes of the Strait of Messina species like Glossy Ibis, Flamingos and Black-winged Stilt use to stop to rest. The site is also favorable to observe the storks. The monte Dinnammare and the other Peloritani mountains overlooking the Strait are a natural theater for the birdwatching of these spectacular flights.

Main article: Marine Life of the Straits of Messina

Due to the peculiar hydrogeological conditions the Strait of Messina is a marvelous treasure chest of biodiversity with a lot of endemic species. In its waters there is a strong presence of deep sea fish like the Sloane's viperfish that cause of the particular and peculiar currents of the Strait it's possible to find also stranded on the shore at the sunrise. The Strait is also an important point of migration of many species of fish in the Mediterranean Sea. 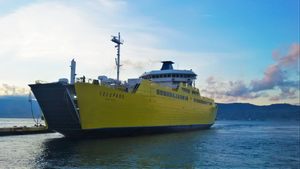 For decades, the possibility of building a bridge across the Messina Strait has been under discussion. In 2006, under Prime Minister Romano Prodi the project was cancelled.[2] On 6 March 2009, however, as part of a massive new public works program, Silvio Berlusconi's government announced that plans to construct the Messina Bridge had been fully revived, pledging €1.3 billion as a contribution to its estimated cost of €6.1 billion[3] Some 3.3 km long and 60 m wide, the bridge would be supported by two 382 m pillars, each higher than the Empire State Building, and accommodate six freeway lanes, a railway (for up to 200 trains a day), and two walkways.

Supporters perceive the bridge as a huge job-creation scheme and a boost for tourism to the island. Opponents see it as an ecological disaster, a structure at risk due to especially strong winds and earthquakes (the area having an intense seismic record), and a boon for Sicilian and Calabrian organized crime. Berlusconi claimed in 2009 that work would be completed by 2016.[4] 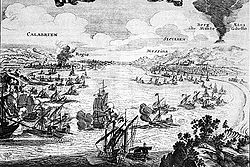 The two cities of the strait in an old German engraving.