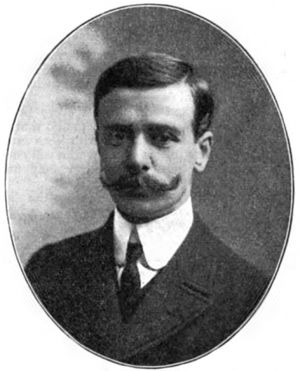 Thomas Tertius Noble (May 5, 1867 – May 4, 1953) was an English-born organist and composer, resident in the United States for the latter part of his career. After studying at the Royal College of Music he served as Organist and Choirmaster at Ely Cathedral from 1892 to 1898, then at York Minster from 1898 to 1913, during which time he also conducted the York Symphony Orchestra, and composed pieces for them. His last appointment was at St Thomas Episcopal Church in New York City from 1913 to 1943, where he was responsible for establishing a choral tradition along Anglican cathedral lines. Dr Noble also founded the Saint Thomas Choir School for boys in 1919.

Noble composed orchestral and chamber music, but is now remembered for his music for the Anglican church, particularly his Evening services in a A major, B minor and A minor, and his anthems Go to dark Gethsemane, Souls of the Righteous, and Grieve not the Holy Spirit. His tune Ora labora for the hymn Come, labour on is well known in the United States, as is his edition of Handel's Messiah, published by G. Schirmer in 1912.