TAG is an acronym of Techniques d'Avant Garde.

TAG was formed in 1977 by Akram Ojjeh and is currently led by Chief Executive Officer Mansour Ojjeh, the son of the founder.[1] 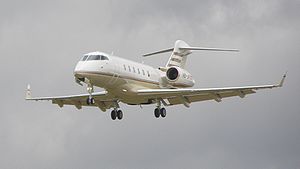 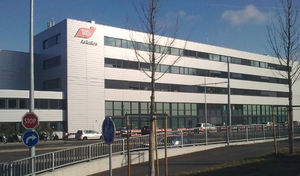 TAG Aeronautics is distributor of Bombardier aircraft for the Middle East. TAG Aviation SA is the Dealer for the HondaJet business aircraft in Northern Europe.

Based in Geneva, Switzerland, TAG Aviation is a provider of business aviation services, aircraft management, aircraft charter, maintenance, sales and acquisitions. TAG Aviation USA, Inc is a U.S. aviation management company located in San Francisco. TAG is a broker for and part owner of the AMI Jet Charter company in San Francisco that holds the FAA air carrier certificate to operate in the U.S. In late 2007 AMI Jet Charter's air carrier certificate was revoked by the FAA due to alleged operational control violations. However, there is ongoing speculation the FAA had other motives other than operational control. The company now operates solely as a broker of aircraft.

TAG sponsored Formula One team Williams during the early 1980s, including when team drivers Alan Jones and Keke Rosberg won the 1980 and 1982 World Championships respectively. During the 1983 season, Mansour Ojjeh had a meeting with McLaren team boss Ron Dennis, who offered Ojjeh the chance of not just a sponsorship deal like with Williams, but having a part ownership of McLaren. Ojjeh agreed and the McLaren relationship continues to this day, with the TAG Group holding a stake in the McLaren Group.

While still a sponsor of Williams, Ojjeh financed the development of a turbocharged Porsche V6 engine for use by McLaren. The engines would be badged as TAG as Ojjeh owned the naming rights, though the engines also displayed the words "Made by Porsche". The engine made its Formula One debut at the 1983 Dutch Grand Prix at Zandvoort, with Niki Lauda qualifying the car 19th before retiring on lap 25 when his brakes failed. The TAG engined McLarens failed to finish a race in the late part of the 1983 season, though Lauda was classified 11th at the last race in South Africa even though he had retired 5 laps from the finish with electrical failure.

According to Lauda's 1982 and 1983 team mate John Watson in an interview given in 2009, McLaren was forced into appearing at the Dutch Grand Prix with the new TAG Turbo engine after some very risky political maneuvering by Lauda. He went to team sponsor Marlboro executive Aleardo Buzzi (the man responsible for giving McLaren their primary sponsorship money), behind the back of the entire McLaren team, and complained extensively to Buzzi about the team becoming increasingly uncompetitive without a turbocharged engine. Buzzi then took back the money that was initially given to McLaren to develop the TAG/Porsche turbo engine, which Lauda wanted to do himself with race testing. This infuriated Ron Dennis and the teams Technical Director and McLaren MP4/1 designer John Barnard. Barnard had designed 1984's McLaren MP4/2 just for the new engine, now (rather hastily) had to re-design his MP4/1 to "E" specification to run the V6 TAG engine rather than the Cosworth V8 engine. The MP4/1E was first driven by Watson, not Lauda, at the Porsche proving ground and proved to be competitive, but the new engine was, thanks to Lauda's political maneuvering, underdeveloped and had teething troubles which expectedly made it very unreliable. However, the car was effectively only a test car despite being raced and it was not really expected to win or even finish races.[3]

Better was to come for the TAG engines in 1984, with Lauda and Alain Prost winning 12 of the season's 16 races between them, easily winning McLaren the Constructors' Championship. The Drivers' Championship became a battle between Lauda and Prost, with the Austrian winning his third World Championship by only half a point from his team mate. Prost had won 7 races to Lauda's 5, but Lauda had more point scoring races and fewer retirements than the Frenchman, who was runner up in the championship for the second year in a row. The TAG engine's first win came in the opening race of the season in Brazil thanks to a brilliant drive from Alain Prost. Lauda won the next race at Kyalami, and by Round 11 in the Netherlands the team had wrapped up the Constructors' title. The Drivers' title wasn't decided until the final round in Portugal, with Prost winning his 7th race (a season record) not being enough to hold out Lauda who's 2nd place gave him 72 points in the championship to Prost's 71.5, the Frenchman having only being awarded 4.5 points instead of the usual 9 for his win in the rain shortened Monaco Grand Prix, and Lauda's better finishing record being the deciding factor.

Prost went on to become the first Frenchman to win the World Championship when he drove the McLaren-TAG to the title in 1985. McLaren did not dominate as they had the previous year, mainly due a concerted challenge from Ferrari, and the emergence of the Honda turbo engine with Williams. Prost would make it back to back championships in the McLaren-TAG in 1986. However the Honda engine, with better power and fuel economy than the TAG-Porsche units, was now the engine to have, with the Williams team claiming the Constructors' Championship from McLaren, and Prost having a tense battle with Williams drivers Nigel Mansell and Nelson Piquet for the Drivers' Championship, which was only decided in Prost's favor in the final round in Australia.

The final year of the TAG-Porsche engines in Formula One was 1987. In a disappointing year Prost was unable to defend his title and finished 4th in the championship with 3 wins. The final win for the TAG engine was at the Portuguese Grand Prix where Prost recorded his 28th career win, breaking the record of 27 held by Jackie Stewart since 1973. Overall the TAG engines powered McLaren to 25 Grand Prix wins, 7 pole positions, 18 fastest laps and 54 podium finishes in 68 races contested.

Other areas of business include advanced technology, real estate and consumer products.[citation needed]