Tec-Mec (full name Studio Tecnica Meccanica) was a Formula One constructor from Italy. Founded by former Maserati designer Valerio Colotti in 1958, they participated in a single Grand Prix, scoring no World Championship points.

Tec-Mec used an improved, lightened version of the Maserati 250F, named the F415. The car was upgraded by the 250F's designer, Colotti, and financed by Lloyd Casner of Camoradi International. The team made its single outing in the 1959 United States Grand Prix, but the car, driven by Fritz d'Orey lasted six laps before retiring.

Colotti sold the design studio at the end of the year, and the company continued to produce cars for the Formula Junior series. 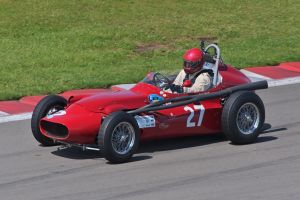