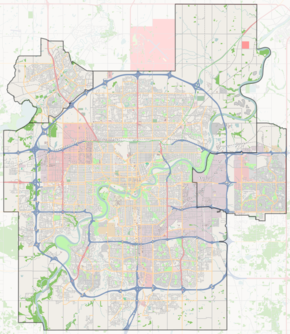 Terwillegar Drive is a developing freeway in south-west Edmonton, Alberta, Canada. It is under construction, with the majority of its intersection at-grade, it retains its arterial road status. Once completed, it will be the third freeway in Edmonton not to have a highway designation after Groat Road and Wayne Gretzky Drive.

Because of the recent developments in the Windermere area, and the lack of proper signage, it remains unclear where the transition from 170 Street SW to Terwillegar Drive occurs, and the transfer from the SW to NW quadrant occurs. The placement of Quadrant (1) Avenue is approximately where Ambleside Link lays, however the 2009 edition of MapArt's City of Edmonton map places the quadrant line on Windermere Boulevard. Edmonton has adapted a quadrant system because portions lay south of Quadrant (1) Avenue, creating duplicates in Avenue numbers, addresses on 41 Avenue and south have been encouraged to include NW to avoid confusion with addresses south of Quadrant (1) Avenue.

In a Leduc County growth study, dated 2008, the expressway will continue south, west of the Edmonton International Airport, and then swing east across Highway 2 south of Leduc, and join Highway 2A between Kavanagh and Leduc, which is also scheduled to be twinned.[1]

List of neighbourhoods Terwillegar Drive runs through, in order from south to north.[2]