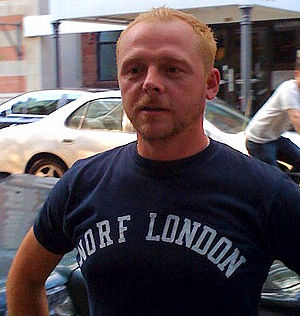 A 2003 study found that th-fronting was most prevalent in and around the cities of London and Bristol.[2] The first reference to "th"-fronting in London speech occurs in 1787.[3] By 1850 it appears to have been considered a standard feature of working class speech in the city, and had the same status in Bristol by 1880.[4] The use of the labiodental fricatives [f] and [v] for the dental fricatives [θ] and [ð] was noted in Yorkshire in 1876.[5] In his 1892 book A Grammar of the Dialect of Windhill, Joseph Wright noted that the prevalence of th-fronting varied across the county.

In 1988, it was noted as spreading amongst non-standard accents in England.[6] Although th-fronting is found occasionally in the middle and upper (middle) class English accents as well, there is still a marked social difference between working and middle class speakers. Th-fronting is regarded as a 'boundary marker' between Cockney and Estuary English, as depicted in the first descriptions of the latter form of English[7][8] and confirmed by a phonetic study conducted by researcher Ulrike Altendorf. Nevertheless, Altendorf points out that th-fronting is found occasionally in middle class (Estuary) speech as well and concludes that "it is currently making its way into the middle class English accent and thus into Estuary English".[9]

In popular music, the singer Joe Brown's 1960s backing band was christened The Bruvvers (that is, "the brothers" with th-fronting). The 1960 musical Fings Ain't Wot They Used T'Be was stated to be a Cockney Comedy.

Up until the late 20th century th-fronting was common in speakers of Australian English from North Brisbane and the Sunshine Coast of Queensland. This may stem from the relatively high number of London cockneys who settled there during the Queensland gold rushes of the 19th century.[citation needed] The practice is gradually dying out as the influx of interstate and international immigrants increases.

The following is a sample of a speaker of the Cockney accent who has th-fronting:

My dad came from Wapping and me mum came from Poplar. Me dad was one of eleven kids… and Wapping in them days really was one of the poorest parts of London. I mean they really didn't have shoes on their feet. I'm talking about seventy years ago now. Erm… and Poplar was… sli… just slightly a cut above Wapping; erm… you was either East End respectable or you was sort of East End villain, you know, and my family was respectable on both sides. But me father had a very tough time because his father died when he was nineteen, leaving him the only one working to bring up eleven brothers… ten brothers and sisters and on a Thursday night he'd sometimes go home and the youngest two would be crying in the corner and he'd say “What's the matter with them, ma?” “Oh, well, Harry, you know it's Thursday night, and you don't get paid till tomorrow.” and they literally didn't have any food in the house.

Th-fronting has been spreading in Southern England at a slower rate than t-glottalization.

Th-fronting in the speech of working-class adolescents in Glasgow was reported in 1998, provoking public as well as academic interest. The finding of th-fronting in Glaswegian creates a difficulty for models of language change which hinge on dialect contact associated with geographical mobility since the Glaswegian speakers who used [f] most in the 1997 sample are also those with the lowest geographical mobility. In addition, TH-fronting was reported as "a relatively new phenomenon" in Edinburgh in March 2013.[10]