Illustrated London News founder Herbert Ingram was born in Boston, Lincolnshire, in 1811, and opened a printing, newsagent and bookselling business in Nottingham around 1834 in partnership with his brother-in-law, Nathaniel Cooke.[1] As a newsagent, Ingram was struck by the reliable increase in newspaper sales when they featured pictures and shocking stories. Ingram began to plan a weekly newspaper that would contain pictures in every edition.[2]

Ingram rented an office, recruited artists and reporters, and employed as his editor Frederick William Naylor Bayley (1808–1853), formerly editor of the National Omnibus. The first issue of The Illustrated London News appeared on Saturday, 14 May 1842, timed to report on the young Queen Victoria’s first masquerade ball.[3] Its 16 pages and 32 wood engravings covered topics such as the war in Afghanistan, a train crash in France, a survey of the candidates for the US presidential election, extensive crime reports, theatre and book reviews, and a list of births, marriages and deaths. Ingram hired 200 men to carry placards through the streets of London promoting the first edition of his new newspaper.[4] 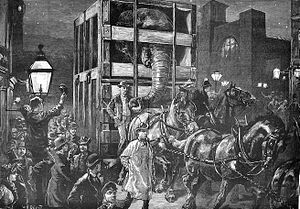 Jumbo's Journey to the Docks (The Illustrated London News, 1 April 1882)

Costing sixpence, the first issue sold 26,000 copies. Despite this initial success, sales of the second and subsequent editions were disappointing. However, Herbert Ingram was determined to make his newspaper a success, and sent every clergyman in the country a copy of the edition which contained illustrations of the installation of the Archbishop of Canterbury, and by this means secured a great many new subscribers.

Its circulation soon increased to 40,000 and by the end of its first year was 60,000. In 1851, after the newspaper published Joseph Paxton's designs for the Crystal Palace before even Prince Albert had seen them, the circulation rose to 130,000. In 1852, when it produced a special edition covering the funeral of the Duke of Wellington, sales increased to 150,000; and in 1855, mainly due to the newspaper reproducing some of Roger Fenton's pioneering photographs of the Crimean War (and also due to the abolition of the Stamp Act that taxed newspapers), it sold 200,000 copies per week.[4]

Competitors soon began to appear: Lloyd’s Illustrated Paper was founded later that year, while Reynold’s Newspaper'' opened in 1850; both were highly successful Victorian publications, albeit less successful than The Illustrated London News.[5] Andrew Spottiswoode's Pictorial Times lost £20,000 before it was sold to Ingram by Henry Vizetelly, who had left the ILN to found it.[6] Ingram folded it into another purchase, The Lady’s Newspaper, which became The Lady’s Newspaper and Pictorial Times. Vitezelly was also behind a later competitor, The Illustrated Times in 1855, which was similarly bought out by Ingram in 1859.[5]

Ingram’s other early collaborators left the business in the 1850s. Nathanial Cooke, his business partner and brother-in-law, found himself in a subordinate role in the business and parted on bad terms around 1854. 1858 saw the departure William Little, who, in addition to providing a loan of £10,000, was printer and publisher of the paper for 15 years. Little’s relationship with Ingram deteriorated over Ingram’s harassment of their mutual sister-in-law.[1]

Herbert Ingram died on 8 September 1860 in a paddle-steamer accident on Lake Michigan, and he was succeeded as proprietor by his youngest son, William, who in turn was succeeded by his son, Sir Bruce Ingram (1877–1963) in 1900, who remained as editor until his death.

By 1863 The Illustrated London News was selling more than 300,000 copies every week, enormous figures in comparison to other British newspapers of the time. The death of Herbert and his eldest son left the company without a director and manager. Control passed to Ingram’s widow Ann, and his friend Sir Edward William Watkin, who managed the business for twelve years. Once Ingram’s two younger sons, William and Charles, were old enough, they took over as managing directors, although it was William who took the lead.[1]

It was also a period of expansion and increased competition for the ILN. As reading habits and the illustrated news market changed, the ILN bought or established a number of new publications, evolving from a single newspaper to a larger-scale publishing business. As with Herbert Ingram’s purchases in the 1850s, this expansion was also an effective way of managing competition: dominating markets and buying out competing ventures. As too with the acquisitions of the 1850s, several similar illustrated publications were established in this period by former employees of The Illustrated London News.

Serious competition for the ILN appeared in 1869, with the establishment of The Graphic, a weekly illustrated paper founded by W. L. Thomas. Thomas was a former wood engraver for The Illustrated London News, and brought his expertise in illustrated publishing to his new magazine. The Graphic was highly popular, particularly for its coverage of the Franco-Prussian War in 1870, and was well regarded among artists: Vincent van Gogh was a particular admirer.[7]

William Ingram became chief proprietor of The Illustrated Sporting and Dramatic News (est. 1874), and The Lady’s Pictorial, which may have been a later title of The Lady’s Newspaper and Pictorial Times.[3] The Penny Illustrated Paper, aimed at a working-class readership, was established by the news company shortly after Ingram’s death in 1861. This was in response to the abolition of stamp and paper taxes, which made cheaper publications possible. The Penny Illustrated Paper ran until 1913.[8]

In 1893 the ILN established The Sketch, a sister publication which covered lighter news and society events with the same focus on illustration. From this point the name of the company changed to the Illustrated London News and Sketch Ltd.

In 1899, ILN editor Clement Shorter left the paper to found his own publication, The Sphere, which published its first issue on 27 January 1900. Ingram and The Illustrated London News responded by establishing a competing magazine, The Spear, which appeared two days before the Sphere on 25 January 1900. The name was deliberately chosen to confuse and siphon off readers, and advertisements for The Sphere emphasised the difference between the magazines: “S-P-H-E-R-E… you may be offered something else you don’t want”[9][10] While editor of the ILN, Clement Shorter had been instrumental in the establishment and publication of The Sketch. In 1903 he established The Tatler as a similar sister publication for the Sphere, with a similar focus on illustrated culture and society news. With the departure of Shorter, the role of editor of the ILN was taken over by Bruce Ingram, the 23-year-old grandson of the paper’s founder. 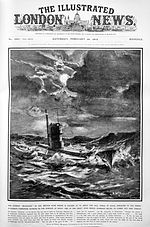 Bruce Ingram was editor of The Illustrated London News and (from 1905) The Sketch, and ran the company for the next 63 years, presiding over some significant changes in the newspaper and the publishing business as a whole.

Photographic and printing techniques were advancing in the later years of the nineteenth century, and The Illustrated London News began to introduce photos as well as artwork into its depictions of weekly events. From about 1890 onward The Illustrated London News made increasing use of photography. The tradition of graphic illustrations continued however until the end of World War I. Often rough sketches of distant events with handwritten explanations, were supplied by observers and then worked on by artists in London to produce polished end-products for publication. This was particularly the case where popular subjects such as colonial or foreign military campaigns did not lend themselves to clear illustration using the limited camera technology of the period. By the 1920s and 1930s the pictures which dominated each issue of the magazine were almost exclusively photographic,[11] although artists might still be used to illustrate in pictorial form topics such as budgetry expenditure or the layout of coal mines.[12]

The centenary of The Illustrated London News in 1942 was muted due to wartime conditions, including restrictions on the use of paper. The occasion was marked in the paper with a set of specially commissioned colour photographs of the Royal Family, including the future Queen Elizabeth.[14] By the time of his death in 1963, Ingram was a major figure in the newspaper industry, and the longest-standing editor of his day.

In the post-war period, print publications were gradually displaced from their central position in reporting news events, and circulation began to fall for all the illustrated weeklies. Many of the Great Eight publications were closed down after the Second World War: The Sketch, The Illustrated Sporting and Dramatic News and The Sphere all ceased publication in these years.

In 1961, Illustrated Newspapers Ltd was bought by International Thomson, headed by Roy Thomson, the Canadian newspaper mogul. The Sphere ceased publication in 1964, while The Tatler was sold in 1968 (it was later to be revived and relaunched in 1977). With circulation figures continuing to fall, The Illustrated London News switched from weekly to monthly publication in 1971, with a new focus on in-depth reporting and selective coverage of world events. This strategy continued into the 1980s, when the paper reduced its frequency to six issues a year. 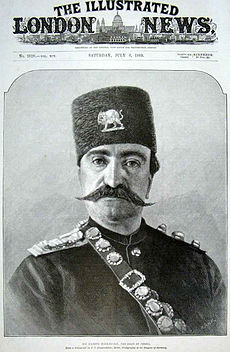 In 2010 the entire back catalogue of The Illustrated London News was digitised, and is available online by subscription. [1] The entire run of The Illustrated London News between 1914 and 1919 is available for free at illustratedfirstworldwar.com TheGenealogist has a full collection online available from 1842 to 1879 and a number of issues from 1890.[25] The original woodblocks of the first issue are held by the Victoria and Albert Museum, London.[26]