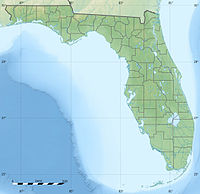 The Players has often been considered the unofficial "fifth major" due to its prestige, its host course (the TPC at Sawgrass Stadium Course at which the tournament has been played since 1982, home of the iconic par-3 #17 "Island Green"), and its considerably larger purse.[3][4]

The victor receives $1.80 million, the winner's share (18%) of the largest purse of any tournament in golf ($10 million), and receives 80 points towards his world ranking, the most share aside from the majors, for which winners earn 100 points. For comparison, the winners of the four individual World Golf Championships generally receive between 70 and 78 points. The winner also receives a five-year exemption on the PGA Tour, a three-year invitation to the Masters Tournament, three-year exemptions for the U.S. Open and The Open Championship, and an exemption to that year's PGA Championship in August. The winner earns 600 FedEx Cup points, if a PGA Tour member.

The field consists of 144 players consisting of the following criteria:

Since 2015, winners of the Memorial Tournament and the Arnold Palmer Invitational earned invitations to the next three Players Championships.

The Players Championship was conceived by the PGA Tour commissioner at the time, Deane Beman. The inaugural event in 1974 was played at Atlanta Country Club in Marietta, Georgia, with the final round in early September.[1] It moved to the Colonial Country Club in Fort Worth, Texas, in 1975 and to Inverrary Country Club in Ft. Lauderdale, Florida in 1976 and earlier in the season, finishing in early March.[5] Beginning in 1977, the event was played at Ponte Vedra Beach, Florida in mid-March,[6] initially at Sawgrass Country Club's Oceanside Course (a combination of the "East" and "West" 9-hole courses). Since 1982,[7][8] the tournament has been played across the road from Sawgrass Country Club, on the Stadium Course at TPC at Sawgrass.[4]

Following the 2006 event, the course underwent a major renovation, which received very positive reviews from the players in 2007. Included in the renovation was a new 77,000-square-foot (7,150 m2) Mediterranean Revival-style clubhouse.

With the rearrangement of 2007, the final round of The Players Championship is scheduled for the second Sunday of May, Mother's Day. To mark this, during the fourth round almost all players wear pink shirts or accessories, and many in the galleries also join them in donning pink garb. This scheduling parallels the U.S. Open, which concludes on the third Sunday of June, Father's Day. Both tournaments share the same broadcast partner, NBC Sports, through 2014. Also, like The Masters, US television coverage is presented with limited commercial breaks through the use of a "presenting partner": currently, this is PricewaterhouseCoopers, who use several of their ads to promote youth golfing program The First Tee.

Through 2013, the playoff format was sudden-death, lately starting at the par-3 17th hole. Since moving to the Stadium Course in 1982, only three playoffs have been necessary (1987, 2008, 2011) and the last two ended at the first extra hole, with pars by the victors. (The 1987 playoff started at the par-5 16th and went to a third extra hole at the par-4 18th, also a par by the winner.)[10][11][12] The format was changed to a three-hole aggregate in 2014, similar to the PGA Championship, played over the final three holes, in order. If still tied, the playoff goes to sudden-death on the same three holes, starting at the 17th, the 18th, the 16th, and repeating thereafter until one player's score is lower.[13] The format was first used in 2015.

Six players have won the tournament more than once: 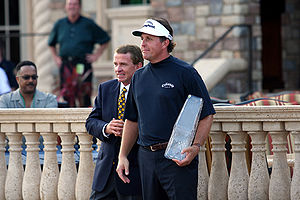