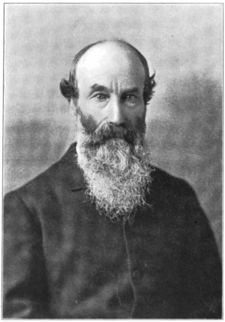 Bonney was born in Rugeley, Staffordshire, England, the eldest son of the Reverend Thomas Bonney, headmaster of Rugeley Grammar School.[1] His uncle was the Australian explorer Charles Bonney, and one of his brothers, Frederic Bonney, is remembered for his photography and ethnology in Australia.[2] Thomas was educated at Uppingham School and St John's College, Cambridge, where he graduated as 12th wrangler in 1856, and was ordained in the following year.[1]

From 1856 to 1861 he was mathematical master at Westminster School, and he pursued geology only as a recreational activity, mainly in Alpine regions. In 1868 he was appointed tutor at St John's College, Cambridge and lecturer in geology. His attention was specially directed to the study of the igneous and metamorphic rocks in Alpine regions and in various parts of England (e.g.: the Lizard in Cornwall, at Salcombe and in the Charnwood Forest), Wales and the Scottish Highlands.

He was elected a Fellow of the Royal Society on 6 June 1878.[4] He died in Cambridge on 10 December 1923. Lake Bonney in Antarctica is named after him.

His purely scientific works are:

In addition to many papers published in the Quarterly Journal of the Geological Society and Geological Magazine, he wrote several popular works on Alpine Regions, on English and Welsh scenery, as well as on theological subjects.