Thomas Michael "Tom" Foglietta (December 3, 1928 – November 13, 2004) was United States Ambassador to Italy and an American politician from the state of Pennsylvania, most notable for his time in the House of Representatives from 1981 to 1997.

Foglietta was born on December 3, 1928 in a house on 7th and Clymer Streets in South Philadelphia, and graduated from South Catholic High School in the city. Foglietta's father, Michael, was a Republican committeeman, ward leader and clerk of quarter sessions who was ultimately elected to Philadelphia City Council in 1947. He received his bachelor's degree from Saint Joseph's University in Philadelphia in 1949, and his Juris Doctor from the Temple University law school in 1952. After graduating from law school, he entered private practice.

In 1955, Foglietta ran for Philadelphia City Council. Foglietta won, becoming the youngest person ever elected to that body. Foglietta served on the Council for 20 years. In 1975, he ran for mayor of Philadelphia, coming in third place to Frank Rizzo. Following his defeat, Foglietta became a regional director for the U.S. Department of Labor. 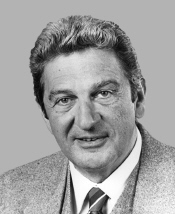 In the 1980 elections, Foglietta won in Pennsylvania's 1st Congressional District, running as an independent. Foglietta defeated Congressman Michael "Ozzie" Myers who had been convicted in the Abscam bribery scandal. Following his election, Foglietta switched parties and became a Democrat, stating "I belonged to the progressive faction of the Republican Party — a faction that is no longer in existence." In Congress, Foglietta concentrated his energies on foreign affairs and the preservation of the Philadelphia Navy Yard, which was slated for closure by the Base Realignment and Closure Commission. Foglietta made international headlines in 1985 when he was assaulted by Korean police officers in Seoul while accompanying then-South Korean dissident Kim Dae Jung on his flight home. The two formed a lifelong friendship and in 1999, Foglietta received a South Korean human rights award for supporting democracy there, while Kim received Philadelphia's Liberty Medal. Foglietta later served on the House Appropriations Committee where he worked to secure federal funding for the restoration of various Philadelphia historic Sites including Independence Hall and Washington Square. Foglietta was also well known for founding the Congressional Urban Caucus, a legislative service organization dedicated to promoting urban policy issues in the House.[2]

As Ambassador to Italy

Foglietta served in the House until 1997, when he resigned and was appointed ambassador to Italy by President Bill Clinton. Upon his nomination, the Philadelphia Daily News published an editorial that stated: "In 68 years, Thomas Michael Foglietta will have made it from a rowhouse at 7th and Clymer to the embassy in Rome on a smile and a trustworthy handshake. Which, as it turns out, is an excellent way to travel." The 1998 Cavalese cable car disaster happened during his tenure in Rome; in the accident, a U.S. military aircraft flew too low, severing a gondola cable, resulting in the deaths of 20 skiers. Foglietta visited the accident site and knelt in prayer, offering apologies on behalf of the United States. An editorial in La Repubblica, an Italian newspaper remarked: "Yesterday it was up to Ambassador Thomas Foglietta to do something we Italians do less and less. Foglietta expressed his apologies on behalf of President Clinton and the American people for that terrible tragedy and kneeled down in prayer for the poor victims."

Foglietta died in 2004 following complications from surgery and was interred in Holy Cross Cemetery in Philadelphia.