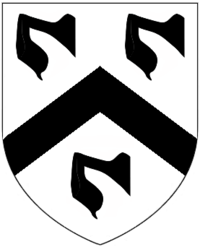 Thomas Mansel, 1st Baron Mansel of Margam PC (c. 1668 – 10 December 1723), sometimes referred to as Thomas Mansell, was a Welsh peer and Member of Parliament for Cardiff and Glamorgan.

Mansel was the son of Sir Edward Mansel, 4th Baronet, of Margam Abbey, Glamorgan, Wales, sometime Member of Parliament for Glamorganshire, by his wife Martha Carne. Mansel's great-grandfather was Henry Montagu, 1st Earl of Manchester. He was educated at Jesus College, Oxford, and graduated with a B.A. in 1686 and by 1699 he was awarded his Master of Arts. On 18 May 1686 he married Martha Millington, and they had six children, including Christopher Mansel, 3rd Baron Mansel and Bussy Mansel, 4th Baron Mansel.

In 1701 he held the office of High Sheriff of Glamorgan. On the 17 November 1706, upon the death of his father Edward, Mansel was made 5th Baronet Mansel of Margam, and on 1 January 1712, he became 1st Baron Mansel of Margam, allowing him to take a seat in the House of Lords.

In 1689 Mansel ran for, and won the Welsh Parliamentary seat of Cardiff, as a Tory MP. Although Mansel held the seat until 1698, it wasn't until he won the seat of Glamorgan in 1699 that he began to gain higher political offices. In 1704 he was given the post of Vice-Admiral of South Wales and the same year he was appointed Comptroller of the Household to Queen Anne, a position he held until 1708. Whilst Comptroller of the Household, Mansel was invested as a Privy Council. From 1710 to 1711 he was a Commissioner of the Treasury, and from 1712 to 1714, now Baron Mansel, he was Teller of the Exchequer.