Chichester was the eldest son of Thomas Pelham, 1st Earl of Chichester, and his wife Anne, daughter of Frederick Meinhardt Frankland. The Right Reverend George Pelham was his younger brother. He was educated at Westminster and Clare College, Cambridge.[1]

Chichester was surveyor-general of ordnance in Lord Rockingham's 2nd ministry (1782), and Chief Secretary for Ireland in the coalition ministry of 1783 (when he was also appointed to the Privy Council of Ireland). He represented Carrick in the Irish House of Commons from 1783 to 1790 and Clogher from 1795 to 1797. In 1795 he was sworn of the Privy Council and became Irish chief secretary under Pitt's government, retiring in 1798.

In the latter year he sat briefly for Naas before transferring to Armagh Borough, a seat he held only until the next year. He was Home Secretary from July 1801 to August 1803 under Addington, who made him Chancellor of the Duchy of Lancaster in 1803. Pelham went out of office in 1804, and in the next year succeeded to the earldom. He was joint-Postmaster-General from 1807 to 1823, and for the remaining three years of his life Postmaster-General. 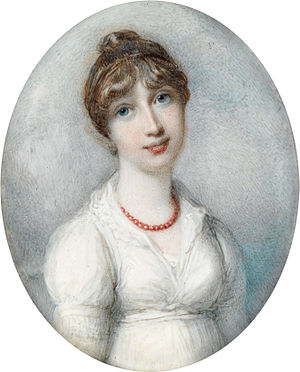 Lord Chichester married Lady Mary Henrietta Juliana, daughter of Francis Osborne, 5th Duke of Leeds, in 1801. They had three sons and three daughters. Their second son the Hon. Frederick Thomas Pelham was a naval commander while their third son the Right Reverend John Thomas Pelham was Bishop of Norwich. Lord Chichester died in July 1826, aged 70, and was succeeded in his titles by his eldest son, Henry. His daughter Lady Amelia Rose married Major General Sir Joshua Jebb, the Surveyor General of Prisons and designer of Pentonville Prison, the 'Model Prison', on 5 September 1854. The Countess of Chichester died in October 1862, aged 86. His daughter, Lady Lucy Anne Pelham, married Sir David Dundas.[2]