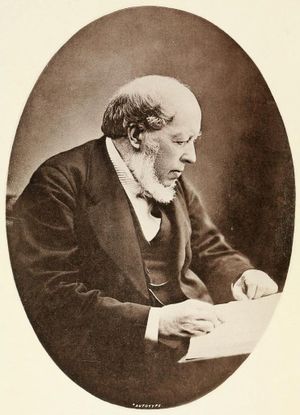 The son of Jacob Sopwith (1770–1829), by his wife Isabella, daughter of Matthew Lowes, Thomas was born at Newcastle-upon-Tyne. His father was a builder and cabinet-maker;[2] Sopwith maintained links with the family furniture and joinery business throughout his life. Initially an illustrator of antiquities, he then took up land and mineral surveying, and subsequently described himself as a civil engineer. He invented, and the family firm manufactured, an ingenious type of desk with all its drawers secured by a single lock, the 'monocleid', which won a prize at the 1851 Exhibition; an improved levelling stave; and wooden geological teaching models.

In 1824 Sopwith completed an apprenticeship with his father, and took employment as a surveyor. He worked closely with Richard Grainger in the redevelopment of Newcastle Upon Tyne. He worked with Joseph Dickinson of Alston, Cumbria, on a survey of the lead mines in the area owned by Greenwich Hospital.[3] He later built up contacts in London, especially in the area of geology, where he became a fellow of the Geological Society (and its more exclusive Geological Club) in 1835, sponsored by John Phillips.

Sopwith advocated the collection of mine surveys; he was associated in a Northumbrian survey with William Smith, and he was instrumental, after the meeting of the British Association in 1838, in inducing the government to found the Mining Record Office. In the same year he made a mining survey in County Clare in Ireland.[2]

From 1845 Sopwith was based in Allenheads, Northumberland, where he was agent for W.B. Lead Mines (the Blackett-Beaumont Company). He kept the position until his retirement in 1871.[4] 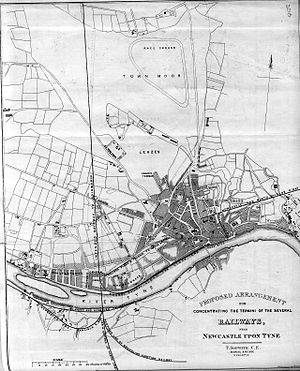 In 1843 he was employed on the development of railways in Belgium. For the Sambre-Meuse line he did preliminary surveys, and then accompanied George Stephenson, by then retired, on an inspection visit. The result was that the Belgian de Grandvoir constructed the line, supervised by Robert Stephenson.[5] Sopwith had called attention to the scientific importance of recording the geological features exposed in the cuttings of railways; and the British Association, at his initiative, made a grant in 1840 for the purpose.[2] 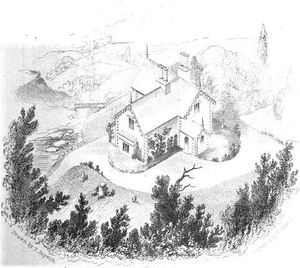 Sopwith was an early user of 3-dimensional models both for practical illustration of regional geology (Forest of Dean; Ebbw Vale; Nentsberry) and for teaching, for which he produced sets (as recommended by Charles Lyell in his 1841 Elements of Geology).[6][7]

Sopwith was awarded the Telford Silver Medal in 1842.[2][8] He was elected a Fellow of the Royal Society in 1845. His candidature citation read: Thomas Sopwith Esq FGS London, Memb Inst CE and Member of the Geological Society of France, Civil Engineer [of] St Marys Terrace Newcastle on Tyne. The Author of a Treatise on Isometric Drawing. The Inventor or improver of Methods of representing Mineral structure by dissected Models.[9]

Sopwith died in London and was buried at West Norwood Cemetery (grave 17,339, square 91) where there is a "Sopwith Path". 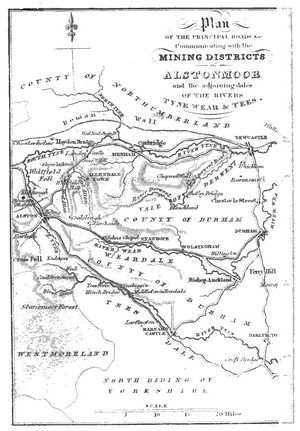 Map from Sopwith's An account of the mining districts of Alston Moor, Weardale and Teesdale in Cumberland and Durham (1833)

In 1826 Sopwith published A Historical and Descriptive Account of All Saints' Church in Newcastle-upon-Tyne (Newcastle).[2] He later wrote a book on the Alston mining area,[10] and two editions (1834, 1838) of a treatise on the use of the isometric projection for drawing surveys.[11] He also made the case for mining records in book form.[12] He travelled widely, first by coach, then on the railways. He left records of the times, prices, and conditions of travel in his diaries spanning the years 1821–1878.[13] Other works were:

His son was a civil engineer and his grandson, also called Thomas Sopwith, founded the Sopwith Aviation Company.