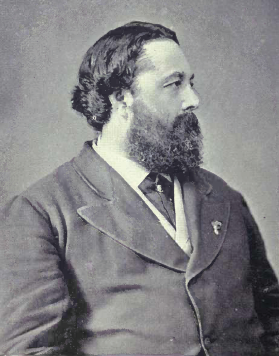 Hunt was born at Norwich, Connecticut. He lost his father when twelve years old, and had to earn his own livelihood. In the course of two years he found employment in a printing office, in an apothecary shop, in a book store and as a clerk. He became interested in natural science, and especially in chemical and medical studies, and in 1845 he was elected a member of the Association of American Geologists and Naturalists at Yale – a body which four years later became the American Association for the Advancement of Science.

In 1848 he read a paper in Philadelphia On Acid Springs and Gypsum Deposits of the Onondaga Salt Group. At Yale he became assistant to Professor B. Silliman, Jun., and in 1846 was appointed chemist to the Geological Survey of Vermont. In 1847 he was appointed to similar duties on the Canadian Geological Survey at Montreal under Sir William Logan, and this post he held until 1872. He resigned to become professor of geology at Massachusetts Institute of Technology.

In 1859 he was elected fellow of the Royal Society, and he was one of the original members and president of the Royal Society of Canada. He was made Chevalier or the Legion of Honor in France and an honorary doctor of laws of the University of Cambridge. He was a frequent contributor to scientific journals, writing on the crystalline limestones, the origin of continents, the chemistry of the primeval earth, on serpentines, etc. He also wrote a notable Essay on the History of the names Cambrian and Silurian (Canadian Naturalist, 1872), in which the claims of Sedgwick, with respect to the grouping of the Cambrian strata, were forcibly advocated.

Building upon John Tyndall's research on greenhouse gases, Hunt first proposed the theory which linked climate change from the Carboniferous to the modern age to concentrations of carbon dioxide in the atmosphere in an 1863 submission to the American Journal of Science and Arts.[1] He further explored at a meeting for the British Society for the Advancement of Science in the fall of 1878. This was well before Arrhenius established the theory of the greenhouse effect. Hunt later hypothesized that the high concentrations of atmospheric carbon dioxide in the geologic past was of cosmic, rather than volcanic, origin.[2]

He died in New York City on the 12th of February 1892. The Thomas-Sterry-Hunt International Ecological Reserve, an ecological reserve in Quebec, Canada was established on September 7, 1988.

Organizations of which he was president 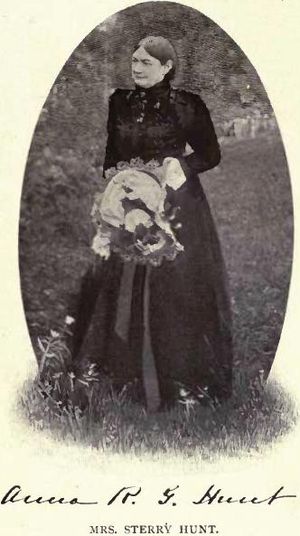 In January, 1878, Thomas Sterry Hunt married Anna Rebecca, daughter of Mr. Justice Gale, of Montreal. She was born and educated in Montreal, Quebec. Her early years were spent on a farm adjacent to Montreal. After her father's death, in 1865, she and her two sisters, Baroness von Friesen, and Mrs. Stuart of Quebec, travelled extensively in Europe. The couple moved to Boston, and travelled extensively both before and after her husband's death in February, 1892. Mrs. Hunt was a linguist, and authored volumes of poems.[3]