Thornton Niven Wilder (April 17, 1897 – December 7, 1975) was an American playwright and novelist. He won three Pulitzer Prizes—for the novel The Bridge of San Luis Rey and for the two plays Our Town and The Skin of Our Teeth — and a U.S. National Book Award for the novel The Eighth Day. 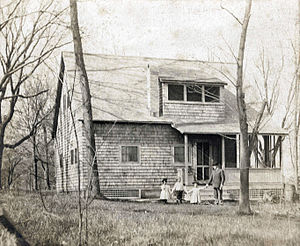 Thornton Wilder as a child, pictured with his two sisters and his father Amos at family cottage in Maple Bluff, Wisconsin, 1900

Wilder was born in Madison, Wisconsin, the son of Amos Parker Wilder, a newspaper editor[1] and U.S. diplomat, and Isabella Niven Wilder. All of the Wilder children spent part of their childhood in China. His older brother, Amos Niven Wilder, was Hollis Professor of Divinity at the Harvard Divinity School, a noted poet, and foundational to the development of the field of theopoetics. Amos was also a nationally ranked tennis player who competed at the Wimbledon tennis championships in 1922 and 1924. His sister, Isabel, was an accomplished writer. Both of his other sisters, Charlotte Wilder, a poet, and Janet Wilder Dakin, a zoologist, attended Mount Holyoke College.[citation needed] 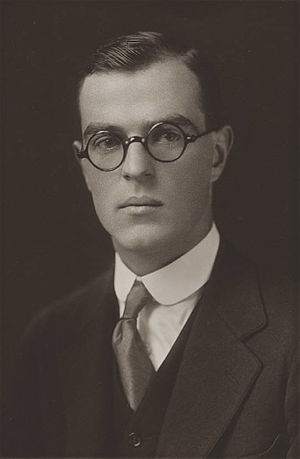 Wilder began writing plays while at The Thacher School in Ojai, California, where he did not fit in and was teased by classmates as overly intellectual. According to a classmate, "We left him alone, just left him alone. And he would retire at the library, his hideaway, learning to distance himself from humiliation and indifference." His family lived for a time in China, where his sister Janet was born in 1910. He attended the English China Inland Mission Chefoo School at Yantai but returned with his mother and siblings to California in 1912 because of the unstable political conditions in China at the time.[2] Thornton also attended Creekside Middle School in Berkeley, and graduated from Berkeley High School in 1915.

After having served a three-month enlistment in the Army's Coast Artillery Corps at Fort Adams, Rhode Island, in World War I (rising to the rank of corporal), he attended Oberlin College before earning his Bachelor of Arts degree at Yale University in 1920, where he refined his writing skills as a member of the Alpha Delta Phi fraternity, a literary society. He earned his Master of Arts degree in French from Princeton University in 1926.

After graduating, Wilder studied in Rome, Italy, and then taught French at the Lawrenceville School in Lawrenceville, New Jersey. In 1926 Wilder's first novel, The Cabala, was published. In 1927, The Bridge of San Luis Rey brought him commercial success and his first Pulitzer Prize in 1928.[3] He resigned from the Lawrenceville School in 1928. From 1930 to 1937 he taught at the University of Chicago, during which time he published his translation of André Obey's own adaptation of the tale, "Le Viol de Lucrece" (1931) under the title "Lucrece" (Longmans Green, 1933).[4] In 1938 he won the Pulitzer Prize for Drama for his play Our Town, and he won the prize again in 1942 for his play The Skin of Our Teeth.

World War II saw him rise to the rank of lieutenant colonel in the U.S. Army Air Force Intelligence, first in Africa, then in Italy until 1945. He received several awards. He went on to be a visiting professor at Harvard, where he served for a year as the Charles Eliot Norton professor. Though he considered himself a teacher first and a writer second, he continued to write all his life, receiving the Peace Prize of the German Book Trade in 1957 and the Presidential Medal of Freedom in 1963. In 1968 he won the National Book Award for his novel The Eighth Day.[5]

Wilder translated plays by André Obey and Jean-Paul Sartre, and wrote the libretti to two operas, The Long Christmas Dinner, composed by Paul Hindemith, and The Alcestiad, composed by Louise Talma and based on his own play. Also, Alfred Hitchcock, whom he admired, asked him to write the screenplay to his thriller, Shadow of a Doubt.[6]

The Bridge of San Luis Rey (1927) tells the story of several unrelated people who happen to be on a bridge in Peru when it collapses, killing them. Philosophically, the book explores the problem of evil, or the question of why unfortunate events occur to people who seem "innocent" or "undeserving". It won the Pulitzer Prize[1] in 1928, and in 1998 it was selected by the editorial board of the American Modern Library as one of the 100 best novels of the twentieth century. The book was quoted by British Prime Minister Tony Blair during the memorial service for victims of the September 11 attacks in 2001.[7] Since then its popularity has grown enormously. The book is the progenitor of the modern disaster epic in literature and film-making, where a single disaster intertwines the victims, whose lives are then explored by means of flashbacks to events before the disaster.

Wilder was the author of Our Town, a popular play (and later film) set in fictional Grover's Corners, New Hampshire. It was inspired by his friend Gertrude Stein's novel The Making of Americans, and many elements of Stein's modernist style can be found throughout the work. Wilder suffered from severe writer's block while writing the final act. Our Town employs a choric narrator called the "Stage Manager" and a minimalist set to underscore the human experience. Wilder himself played the Stage Manager on Broadway for two weeks and later in summer stock productions. Following the daily lives of the Gibbs and Webb families, as well as the other inhabitants of Grover's Corners, Wilder illustrates the importance of the universality of the simple, yet meaningful lives of all people in the world in order to demonstrate the value of appreciating life. The play won the 1938 Pulitzer Prize.[8] 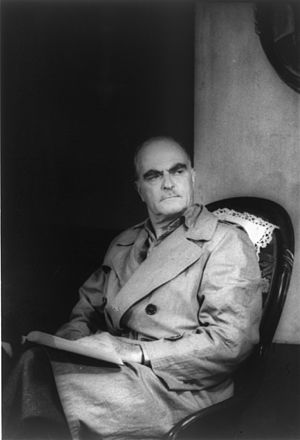 In 1938, Max Reinhardt directed a Broadway production of The Merchant of Yonkers, which Wilder had adapted from Austrian playwright Johann Nestroy's Einen Jux will er sich machen (1842). It was a failure, closing after just 39 performances.

His play The Skin of Our Teeth opened in New York on November 18, 1942, with Fredric March and Tallulah Bankhead in the leading roles. Again, the themes are familiar – the timeless human condition; history as progressive, cyclical, or entropic; literature, philosophy, and religion as the touchstones of civilization. Three acts dramatize the travails of the Antrobus family, allegorizing the alternate history of mankind. It was claimed by Joseph Campbell and Robert Morton Robinson, authors of A Skeleton Key to Finnegans Wake, that much of the play was the result of unacknowledged borrowing from James Joyce's last work.[9][10] Artists Repertory Theatre will produce the play in Portland (Oregon) in May 2016.[11]

In his novel, The Ides of March (1948), dedicated to an anti-fascist Italian writer, Lauro De Bosis, Wilder reflected on parallels between Benito Mussolini and Caesar. He had met Jean-Paul Sartre on a U.S. lecture tour after the war, and was under the influence of existentialism, rejecting its atheist implications.[12]

In 1955, Tyrone Guthrie encouraged Wilder to rework The Merchant of Yonkers into The Matchmaker. This time the play enjoyed a healthy Broadway run of 486 performances with Ruth Gordon in the title role, winning a Tony Award for Guthrie, its director. It later became the basis for the hit 1964 musical Hello, Dolly!, with a book by Michael Stewart and score by Jerry Herman.

In 1962 and 1963, Wilder lived twenty months in the small town of Douglas, Arizona, apart from family and friends. There he started his longest novel, The Eighth Day, which went on to win the National Book Award.[5] According to Harold Augenbraum in 2009, it "attack[ed] the big questions head on, ... [embedded] in the story of small-town America".[13]

The Library of America republished the first five novels, six early stories, and four essays on fiction in one volume in 2009.[14] Later novels are to be in a forthcoming volume.

Although Wilder never discussed being homosexual publicly or in his writings, his close friend Samuel Steward is considered by some[by whom?] to have been a lover. Wilder was introduced to Steward by Gertrude Stein, who at the time regularly corresponded with both of them. The third act of Our Town was allegedly drafted after a long walk, during a brief affair with Steward in Zürich, Switzerland.[15]

In Penelope Niven's biography, Thornton Wilder: A Life, she provides considerable correspondence evidence[original research?] that the third act of "Our Town" was not written in response to any walk, conversation, or affair with Samuel Steward but was written months afterward. Niven also raises doubts about Steward's uncorroborated[not in citation given] and unsubstantiated claims of having been Wilder's lover.[16]

Wilder had a wide circle of friends and enjoyed mingling with other famous people,[1] including Ernest Hemingway, Russel Wright, Willa Cather, and Montgomery Clift.

Wilder died on December 7, 1975, age 78, in Hamden, Connecticut, where he lived for many years with his sister Isabel. He was interred at Hamden's Mount Carmel Cemetery.