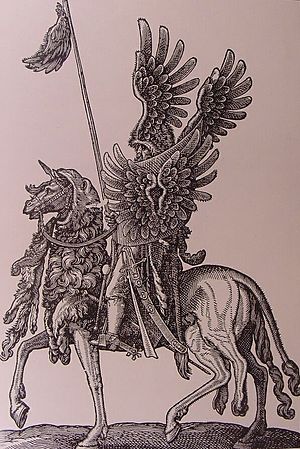 A timariot (or tımar holder; tımarlı in Turkish) was another name given to the Timarli Sipahi cavalry that served the Ottoman sultan and in return was granted a fief called a timar. The timariots had to assemble with the army when at war, and had to take care of the land entrusted to him in times of peace. When at war, the timariot had to bring his own equipment and in addition a number of armed retainers (cebelu). The timariot was granted feudatory with the obligation to go mounted to war and to supply soldiers and sailors in numbers proportionate to the revenue of the appanage. The timariot owed personal service for his sword in time of war and for a certain sum of money owed a number of soldiers as a substitute (cebelu). The (cebelu) was bound to live on the timariot’s estate and look after the land. When summoned for campaign the timariot and his (cebelu) had to present themselves with a cuirass. When a timariot failed to obey the summon he was deprived of his timar for one or two years. [1] Also non-military timar holders were obliged to supply the imperial army with soldiers and provisions.[2]The number of men and equipment the timariotes had to provide was dependent on the size of his land holdings. When the annual income of the holding was above 4.000 akçe the sipahi had to be accompanied by a soldier in a coat of mail, for income above 15.000 akçe by additional soldier for each additional 3.000 akçe. Above a certain income of the timar the sipahi horse had also to be equipped with armor of very thin steel. Tents for different purposes e.g., for treasury, kitchen, saddlery store, etc. had to be provided. This ensured that all equipment and troops for campaigns was determined in advance and Ottoman commanders knew the exact number of their forces for mobilization.[3] Food was supplied during campaigns.[4] In this way, the Ottomans could quickly muster a large army. When the war was over the warriors returned to their lands, and in that way the sultan did not have to support them when he didn't need them. In addition, the sultan's lands were taken care of. Local peasants were subjects to the timariot. Law and order was kept, taxes were collected and bandits were brought to justice.

The system of timars was organized during the reign of Orhan I (1326–1359). The Sultan granted officers fiefs with local peasants subjected to their rule in an arrangement similar to European feudal fiefs. They were an important part of the Ottoman army, especially for being so easily supportable, and kept that status until the early 17th century. The titles and lands of the timar holders remained in use much longer than that. The Ottoman policy to grant timars to local aristocracy of newly gained territories enabled the faster integration of these lands to the empire and utilized their population in the military service.[5]Granting timars to the military class also relieved the central administration from the burden of paying with coin or cash. [6]

When on campaign, the timariots were organized into regiments called alays that were commanded by alay beys (or beg). Larger units were the sanjak (or sancak) regiments or livas (standard, banner), commanded by sanjak beys. At the top were the province governors, the beylerbeys. A province in the 16th century could muster some thousand timariots, according to the size of the province. In 1525 the total number of timar holders were 37,818 men, according to the tax rolls. The number of armed retainers was estimated to 50,000 men. Of course, these great numbers were spread out all over the empire, and could not possibly serve in one campaign at a time.[7]