Tofaş (acronym for Türk Otomobil Fabrikası Anonim Şirketi; pronounced [tofaʃ]) is a Turkish automaker which was established in 1968 by Vehbi Koç, who was the founder of Koç Holding, based in Bursa, Turkey where the manufacturing plant of the company is located. It is jointly owned by Fiat Chrysler Automobiles and Koç Holding (37.8% of the company's shares belong to Fiat Group Automobiles; 37.8% to Koç Holding; and 24.3% freefloat).[1]

Tofaş is the only Turkish automaker that manufactures both passenger cars and light commercial vehicles. It is one of the biggest automakers in the sector with its 6,500 employees and 400,000 vehicles annual production capacity. Tofaş manufactures for the Fiat, Citroen, Peugeot, Opel and Vauxhall brands in Bursa, which has achieved for it the “Gold Level” within the scope of the WCM-World Class Manufacturing Program that is implemented in the 175 plants within the framework of FCA.[2]

Tofaş plays a leading role in Turkish automotive sector; it conducts sales and after sales operations for the Fiat, Alfa Romeo, Lancia, Jeep, Ferrari, and Maserati brands in Turkey.[3]

Tofaş exported 160,000 units to 80 countries in 2013. It also recorded 7 billion TL net sales income and 434 million TL net profit. Fulfilling 22% of the total production in Turkey with its 240,000 units in the previous year, Tofaş achieved 1.6 billion Euro export income by increasing its export volume by 4%.[4] 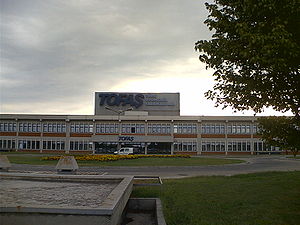 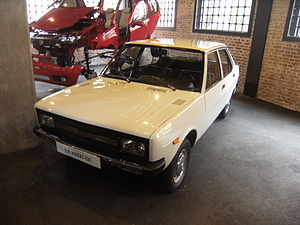 The first Murat 131 built by Tofaş. 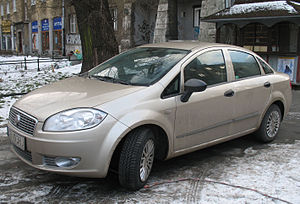 The first Fiat Linea was designed and produced in the Tofaş Fiat factory in Bursa, which remains the model's primary production plant for the EU market.

and the following models for other automobile brands:

Old models the company has produced in the past: