He served as the news director for Radio Mambí WAQI and as a reporter for Univisión. Regalado was elected mayor on November 3, 2009, and sworn in on November 11.

Born in Havana, Cuba, May 24, 1947, Tomás Pedro Regalado was the first-born child of Tomás Regalado Molina and Carmen Rita Váldez de Regalado. His father was an attorney and a journalist who was the last president of the Cuban Association of Journalists and Reporters and a political prisoner for over 22 years. Prior to leaving Cuba, Tomás attended elementary school at La Salle Catholic School in Havana. In April 1962, when Tomás was 14, he and his younger brother Marcos were placed on a flight to Miami as participants of Operation Peter Pan. The two brothers lived at the boys’ camp in Kendall and then Florida City for several months until their aunt, Silvia Váldez, claimed them. They lived with her until their mother arrived in Miami a year later.

In Miami, Regalado attended high school at Immaculata-Lasalle High School in Coconut Grove and then at the Lindsey Hopkins vocational school. He attended seminars at the University of Miami Koubek Center for journalism.[1] 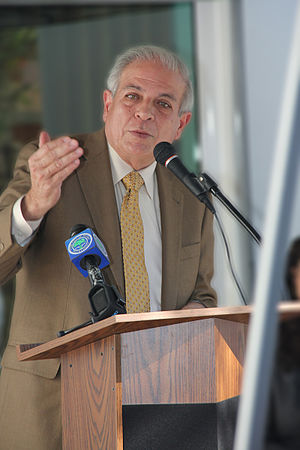 Regalado became the youngest reporter on staff at WFAB, La Fabulosa. He quickly ascended from reporter to assistant producer. At twenty one, Regalado was hired by WCKT (now WSVN) an NBC affiliate as the Latin American News Editor and host of the news program Tele-Amigo. After two years at WCKT then Channel 7, Regalado returned to WFAB as a news producer and anchor.

In 1974, Regalado became a reporter for WLTV Channel 23 but returned to radio in 1977 as the News Director in charge of all programming for La Fabulosa, WFAB. In 1970, Regalado decided to leave the news desk and became the station's first international news correspondent. In the years that followed, Regalado traveled to Africa and covered the civil war in Angola, the riots in Soweto, South Africa and the civil war in Mozambique.

Regalado had interviewed Presidents Richard Nixon, Gerald Ford, and Jimmy Carter. In 1983, he became the first Cuban American member of the White House Press Corps. As a member of the Press Corps, Regalado traveled with Presidents Ronald Reagan, George H.W. Bush, and Bill Clinton. Regalado accompanied the presidents on their foreign trips, including but not limited to summits from 1983 to 1993 and met such figures as Mikhail Gorbachev, Boris Yeltsin, and Anwar Al Sadat. In this time period, Regalado also covered the presidential campaigns and national party conventions.

In 1986, Regalado was approved as an applicant to NASA’s Journalist in Space Program which was canceled after the Challenger explosion. While a full-time News Director on Spanish-language radio Regalado also worked for El Miami Herald as a weekly columnist. Regalado covered the civil war in Nicaragua and El Salvador and has visited over 78 countries throughout the world. Along with his wife Raquel, Tomas spoke several times before the Human Rights Commission of United Nations in Geneva Switzerland against human rights violations in Cuba. 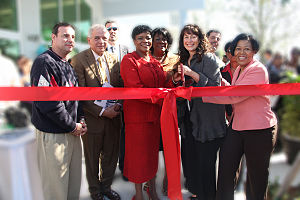 On September 3, 1996, Regalado was elected in a special election for City Commissioner, vacated by newly elected Mayor Joe Carollo.[2] He defeated CC Reed.[3]

One week after his election, the City of Miami’s economic crisis was exposed by Operation Green Palm and an oversight board was installed. Governor Lawton Chiles declared Miami a state of financial emergency.[4] He opposed laying off police officers saying "The police have been the darling of the city of Miami."[5]

During that time, he kept the News Director position in the Spanish Broadcasting Systems by working as a daily host and commentator on WWFE la Poderosa and a host of a daily news program on the Cable Network TeleMiami.

On November 3, Regalado was elected Miami’s 33rd Mayor with 72% of the vote.

He keeps his promise he would lower his salary by $50,000 as well as reducing his pension by 25%. In 2012 he received from the hands of Roman Viotto Leandro Award "Referrer" awarded by the Foundation Young Leaders. Regalado said in August 2011 "I feel like Bill Clinton. Some people really hated him, and some people loved him."[8]

Regalado said of his goals: “Do I have a vision? Keep taxes down. Reduce the size of government. Fix the potholes. Fix the streets. Pick up the garbage.” His biggest accomplishments are balancing the budget three times and striking deals with the unions. Regalado was reelected to a second term in office in 2013 with 78% of the vote, garnering over 20,000 votes out of over 26,000 votes cast.

His oldest son, Tomas Regalado Jr., is an anchor and producer at TV Marti. His daughter, Raquel Regalado, is an MDCPS Board member and attorney with Feldman Gale PA. His youngest son, Jose, is a college student at Florida International University. Jose volunteered for a few years in his father's office, shortly after he began to work in adventure television. He is also the grandfather of Tomás M. Regalado, Nicolas A. Regalado, Isabela M. and Sebastian K. Herrera Regalado.

In 1979, Tomás’ father, Tomás Regalado Molina, was released from prison thanks to the intercession of the then President of Costa Rica Rodrigo Carazo. Regalado senior lived in Miami from 1979 until his death in the fall of 1995. Regalado senior worked alongside his son and daughter-in-law as a producer and news editor at WRHC, the Cadena Azul. Regalado Molina was a contributor to el Diario de las Americas and El Nuevo Herald until his sudden death in 1995 at the age of seventy-four. Regalado’s mother, Carmen Rita, died soon after in 1998.