The subgenre of travel journals, diaries, and direct records of a traveler's experiences dates back to Pausanias in the 2nd century AD and James Boswell's Journal of a Tour to the Hebrides (1786). 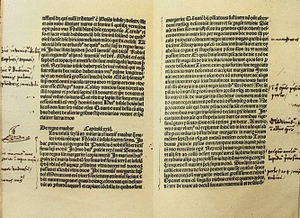 Early examples of travel literature include Pausanias' Description of Greece in the 2nd century CE, the Journey Through Wales (1191) and Description of Wales (1194) by Gerald of Wales, and the travel journals of Ibn Jubayr (1145–1214) and Ibn Batutta (1304–1377), both of whom recorded their travels across the known world in detail. The travel genre was a fairly common genre in medieval Arabic literature.[2]

Travel literature became popular during the Song Dynasty (960–1279) of medieval China.[3] The genre was called 'travel record literature' (youji wenxue), and was often written in narrative, prose, essay and diary style.[4] Travel literature authors such as Fan Chengda (1126–1193) and Xu Xiake (1587–1641) incorporated a wealth of geographical and topographical information into their writing, while the 'daytrip essay' Record of Stone Bell Mountain by the noted poet and statesman Su Shi (1037–1101) presented a philosophical and moral argument as its central purpose.[5]

One of the earliest known records of taking pleasure in travel, of travelling for the sake of travel and writing about it, is Petrarch's (1304–1374) ascent of Mount Ventoux in 1336. He states that he went to the mountaintop for the pleasure of seeing the top of the famous height. His companions who stayed at the bottom he called frigida incuriositas ("a cold lack of curiosity"). He then wrote about his climb, making allegorical comparisons between climbing the mountain and his own moral progress in life.

Michault Taillevent, a poet for the Duke of Burgundy, travelled through the Jura Mountains in 1430 and left us with his personal reflections, his horrified reaction to the sheer rock faces, and the terrifying thunderous cascades of mountain streams.[6] Antoine de la Sale (c. 1388–c. 1462), author of Petit Jehan de Saintre, climbed to the crater of a volcano in the Lipari Islands in 1407, leaving us with his impressions. "Councils of mad youth" were his stated reasons for going. In the mid-15th century, Gilles le Bouvier, in his Livre de la description des pays, gave us his reason to travel and write:

Because many people of diverse nations and countries delight and take pleasure, as I have done in times past, in seeing the world and things therein, and also because many wish to know without going there, and others wish to see, go, and travel, I have begun this little book.

In the 18th century, travel literature was commonly known as the book of travels, which mainly consisted of maritime diaries.[7] In 18th century Britain, almost every famous writer worked in the travel literature form.[8] Captain James Cook's diaries (1784) were the equivalent of today's best sellers.[citation needed]

Other later examples of travel literature include accounts of the Grand Tour. Aristocrats, clergy, and others with money and leisure time travelled Europe to learn about the art and architecture of its past. One tourism literature pioneer was Robert Louis Stevenson (1850–1894), with An Inland Voyage (1878), and Travels with a Donkey in the Cévennes (1879) about his travels in the Cévennes, (France), is among the first popular books to present hiking and camping as recreational activities, and tells of commissioning one of the first sleeping bags.[9] A very popular subgenre of travel literature started to emerge[when?] in the form of narratives of exploration, a still unexplored source for colonial and postcolonial studies.[10]

Travel books range in style from the documentary to the evocative, from literary to journalistic, and from the humorous to the serious. They are often associated with tourism and include guide books, meant to educate the reader about destinations, provide advice for visits, and inspire readers to travel.[citation needed] Travel writing may be found on web sites, in periodicals, and in books. It has been produced by a variety of writers, such as travelers, military officers, missionaries, explorers, scientists, pilgrims, social and physical scientists, educators, and migrants. Englishman Eric Newby, the Americans Bill Bryson, William Least Heat-Moon, and Paul Theroux, and Welsh author Jan Morris are or were widely acclaimed as travel writers,[citation needed] although Morris is also an historian and Theroux a novelist.[citation needed]

Travel literature often intersects with essay writing, as in V. S. Naipaul's India: A Wounded Civilization (1976), whose trip became the occasion for extended observations on a nation and people. This is similarly the case in Rebecca West's work on Yugoslavia, Black Lamb and Grey Falcon (1941).[citation needed]

Sometimes a writer will settle into a locality for an extended period, absorbing a sense of place while continuing to observe with a travel writer's sensibility. Examples of such writings include Lawrence Durrell's Bitter Lemons (1957), Deborah Tall's The Island of the White Cow (1986)[citation needed], and Peter Mayle's best-selling A Year in Provence (1989) and its sequels.

Travel and nature writing merge in many of the works by Sally Carrighar,[which?] Gerald Durrell,[which?] and Ivan T. Sanderson.[which?] These authors are naturalists, who write in support of their fields of study. Another naturalist, Charles Darwin, wrote his famous account of the journey of HMS Beagle at the intersection of science, natural history and travel.[citation needed]

A number of writers famous in another field have written about their travel experiences. Examples are Samuel Johnson's A Journey to the Western Islands of Scotland (1775); Charles Dickens' American Notes for General Circulation (1842); Mary Wollstonecraft's Letters Written during a Short Residence in Sweden, Norway, and Denmark (1796); Hilaire Belloc's The Path To Rome (1902); D. H. Lawrence's Twilight in Italy and Other Essays (1916); Mornings in Mexico and Other Essays (1927); Rebecca West's Black Lamb and Grey Falcon (1941); and John Steinbeck's Travels with Charley: In Search of America (1962).[citation needed]

I had resolved on a voyage around the world, and as the wind on the morning of April 24, 1895 was fair, at noon I weighed anchor, set sail, and filled away from Boston, where the Spray had been moored snugly all winter. […] A thrilling pulse beat high in me. My step was light on deck in the crisp air. I felt there could be no turning back, and that I was engaging in an adventure the meaning of which I thoroughly understood. 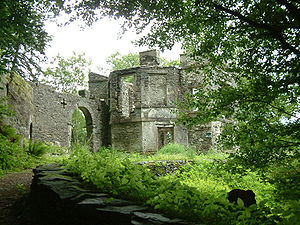 A guide book or travel guide is "a book of information about a place, designed for the use of visitors or tourists".[13] An early example is Thomas West's, guide to the Lake District published in 1778.[14] Thomas West, an English clergyman, popularized the idea of walking for pleasure in his guide to the Lake District of 1778. In the introduction he wrote that he aimed:

to encourage the taste of visiting the lakes by furnishing the traveller with a Guide; and for that purpose, the writer has here collected and laid before him, all the select stations and points of view, noticed by those authors who have last made the tour of the lakes, verified by his own repeated observations.[15]

To this end he included various 'stations' or viewpoints around the lakes, from which tourists would be encouraged to appreciate the views in terms of their aesthetic qualities.[16] Published in 1778 the book was a major success.[17]

It will usually include full details relating to accommodation, restaurants, transportation, and activities. Maps of varying detail and historical and cultural information are also often include. Different kinds of guide books exist, focusing on different aspects of travel, from adventure travel to relaxation, or aimed at travelers with different incomes, or focusing on sexual orientation or types of diet. Travel guides can also take the form of travel websites. 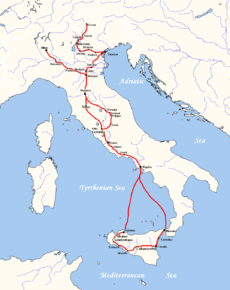 Goethe's Italian Journey between September 1786 and May 1788

A travel journal, also called road journal, is a record made by a traveller, sometimes in diary form, of the traveler's experiences, written during the course of the journey and later edited for publication. This is a long-established literary format; an early example is the writing of Pausanias (2nd century AD) who produced his Description of Greece based on his own observations. James Boswell published his The Journal of a Tour to the Hebrides in 1786 and Goethe published his Italian Journey, based on diaries, in 1816. A more recent example is Che Guevara's The Motorcycle Diaries. A travelogue is a film, book written up from a travel diary, or illustrated talk describing the experiences of and places visited by traveller.[18]

Currently, the Japanese stationary brand, Midori, has become popular based on their design of the travel journal, which is customizable and can be used for every type of journaling since the paper booklets are removable. Midori traveler's notebooks come in two sizes, regular and passport. Recently,[when?] the company has released a Pan Am featured version of their traveler's notebook.The journal is made out of leather and elastic to hold the inserts together.[19]

Some fictional travel stories are related to travel literature. Although it may be desirable in some contexts to distinguish fictional from non-fictional works, such distinctions have proved notoriously difficult to make in practice, as in the famous instance of the travel writings of Marco Polo or John Mandeville. Examples of fictional works of travel literature based on actual journeys are:

The systematic study of travel literature emerged as a legitimate field of scholarly inquiry in the mid-1990s, with its own conferences, organizations, journals, monographs, anthologies, and encyclopedias. Important, pre-1995 monographs are: Abroad (1980) by Paul Fussell, an exploration of British interwar travel writing as escapism; Gone Primitive: Modern Intellects, Savage Minds (1990) by Marianna Torgovnick, an inquiry into the primitivist presentation of foreign cultures; Haunted Journeys: Desire and Transgression in European Travel Writing (1991) by Dennis Porter, a close look at the psychological correlatives of travel; Discourses of Difference: An Analysis of Women’s Travel Writing by Sara Mills, an inquiry into the intersection of gender and colonialism during the 19th century; Imperial Eyes: Travel Writing and Transculturation (1992), Mary Louise Pratt's influential study of Victorian travel writing’s dissemination of a colonial mind-set; and Belated Travelers (1994), an analysis of colonial anxiety by Ali Behdad.[citation needed]

Busby, Korstanje & Mansfield argue that travel literature serves to recreate the portrait of the unknown. As a mirror, this otherness legitimizes the selfhood. This means that societies weave their own narratives in order to understand the events of political history as well as the place of the other. Travel literature often encourages a new methodology of research with the aim of expanding the comprehension of what urban studies mean. Narrative not only foregrounds the fictions which are at stake in imagining the city as destination, but also provides a vehicle for presenting the much broader social forces that converge in the author at the time of imagining and writing. Using narrative and the story provides an opportunity to address one of the limitations of positivism over the last two hundred years.[24]