Traverse is a method in the field of surveying to establish control networks.[1] It is also used in geodesy. Traverse networks involve placing survey stations along a line or path of travel, and then using the previously surveyed points as a base for observing the next point. Traverse networks have many advantages, including:

The traverse is more accurate than triangulateration[2] (a combined function of the triangulation and trilateration practice).[3] 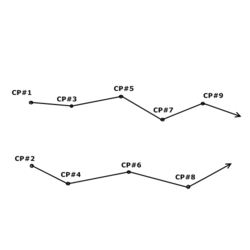 Diagram of an open traverse 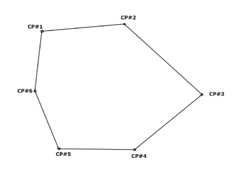 Diagram of a closed traverse

A compound traverse is where an open traverse is linked at its ends to an existing traverse to form a closed traverse. The closing line may be defined by coordinates at the end points which have been determined by previous survey. The difficulty is, where there is linear misclosure, it is not known whether the error is in the new survey or the previous survey.