Treatise on Law is St. Thomas Aquinas' major work of legal philosophy. It forms questions 90-108 of the Prima Secundæ ("First [Part] of the Second [Part]") of the Summa Theologiæ,[1] Aquinas' masterwork of Scholastic philosophical theology. Along with Aristotelianism, it forms the basis for the legal theory of Catholic canon law.[2]

Aquinas defines a law as "an ordinance of reason for the common good, made by him who has care of the community, and promulgated."[3]

Law is an ordinance of reason because it must be reasonable[4] or based in reason and not merely in the will of the legislator.[5][6] It is for the common good because the end or telos of law is the good of the community it binds, and not merely the good of the lawmaker or a special interest group.[7] It is made by the proper authority who has "care of the community", and not arbitrarily imposed by outsiders. It is promulgated so that the law can be known.

Thus from the four preceding articles [of Question 90], the definition of law may be gathered; and it is nothing else than an ordinance of reason for the common good, made by him who has care of the community, and promulgated.[8]

Strictly speaking, this is a definition of human law.[9] The term "law" as used by Aquinas is equivocal, meaning that the primary meaning of law is "human law" but other, analogous concepts are expressed with the same term.[10]

Natural law or the law of nature refers to normative properties that are inherent by virtue of human nature, and universally cognizable through human reason. Historically, natural law refers to the use of reason to analyze both social and personal human nature to deduce binding rules of moral behavior. The law of nature, being determined by nature, is universal.

For Aquinas, human law is only valid if it conforms to natural law. If a law is unjust, then it is not actually a law, but is a "perversion of law".[11][12] 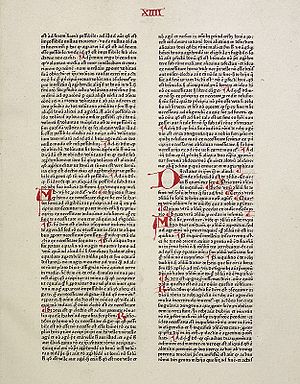 The Treatise on Law (as part of the Summa Theologica) is divided into Articles (or broad topics) and Questions (or specific topics). The Questions each argue for a single thesis and defend it against objections. The division is as follows:[13]

William S. Brewbacker III has called it "perhaps the most famous of metaphysical legal texts”,[14] while Robert M. Hutchins declared it “that greatest of all books on the philosophy of law”.[15]