From Infogalactic: the planetary knowledge core
(Redirected from Trinity College of Music)
Jump to: navigation, search

Trinity Laban Conservatoire of Music and Dance is a music and dance conservatoire based in London, England. It was formed in 2005 as a merger of two older institutions – Trinity College of Music and Laban Dance Centre. Today the conservatoire has 960 undergraduate and postgraduate students based at two campuses in Greenwich (Trinity) and Deptford/New Cross (Laban) in London. 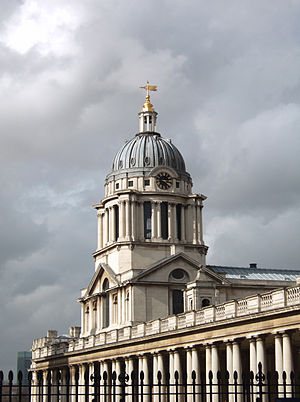 Trinity College of Music was founded in central London in 1872 by the Reverend Henry George Bonavia Hunt to improve the teaching of church music. The College began as the Church Choral Society, whose diverse activities included choral singing classes and teaching instruction in church music. Gladstone was an early supporter during these years. A year later, in 1873, the college became the College of Church Music, London. In 1876 the college was incorporated as the Trinity College London. Initially, only male students could attend and they had to be members of the Church of England.

In 1881, the College moved to Mandeville Place off Wigmore Street in Central London, which remained its home for over a hundred years. The college took over various neighbouring buildings in Mandeville Place. These were finally united in 1922 with the addition of a Grecian portico, and substantial internal reconstruction to create a first floor concert hall and an impressive staircase. However, other parts of the college retained a complicated layout reflecting its history as three separate buildings. The building is now occupied by the School of Economic Science. 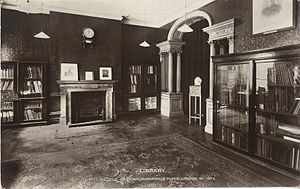 Trinity moved to its present home in Greenwich in 2001. King Charles Court was constructed by John Webb as part of Greenwich Palace, subsequently absorbed into the Royal Naval Hospital complex, designed in part by Sir Christopher Wren, which had later become part of the Royal Naval College. To make the buildings suitable for Trinity's use and remove the accretions of a century of RNC occupation required a substantial refurbishment programme. Work to provide new recital rooms revealed that the building's core incorporates masonry from the Tudor palace. The overall cost of the move to Greenwich was £17 million.

Many of the college's staff also teach at the Junior Trinity, a Saturday music school for talented young musicians who are keen on pursuing a musical career. Trinity was the first music college to create such a department, and many conservatoires have now followed in Trinity's steps.

Admission into the Faculty of Music is by competitive auditions, held annually in November or December and March or April. The Faculty of Dance asks for similar qualifications and entry is also by audition; auditions are held at Trinity Laban itself and also at selected venues across Europe and the US. The Conservatoire has an acceptance rate of around 9.9% making Trinity Laban one of the most selective schools in the UK and Europe.

Trinity College of Music's historical association with the Masonic Order

Trinity College of Music has an historical association with Freemasonry, with the Trinity College Lodge no 1765 being founded in 1878[2] by seven early teaching members of the college who were freemasons, including the founder, the Reverend Henry George Bonavia Hunt. In the past, freemasonry was an important though private feature of the life of the College, among both members of staff and the undergraduate and postgraduate men. Trinity College Lodge is no longer associated with the college, since no member of the college belongs to it. By co-incidence, the College's patron, HRH The Duke of Kent, has been Grand Master of the United Grand Lodge of England since 1968.

The Old Royal Naval College, on the south bank of the river Thames in Greenwich, London, viewed from the north side. The Queen's House is in the middle of the picture. The Royal Observatory is visible in the background. 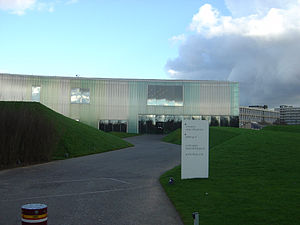 Front of the Laban Building

Laban Dance Centre was founded in Manchester as the Art of Movement Studio by Rudolf Laban, an Austro-Hungarian dancer, choreographer and a dance/movement theoretician.

Laban offers undergraduate, postgraduate (including Transitions), amongst other courses. The Faculty of Dance also provides classes for adults and young people on the local community including Centre for Advanced Training.

Designed by Swiss architects Jacques Herzog and Pierre de Meuron (who won the Pritzker Prize in 2001 and who also designed the Tate Modern and the National Stadium in Beijing for the 2008 Olympic Games), the centre's building in Deptford won the Stirling Prize for Architecture in 2003.[3] Herzog and de Meuron collaborated with visual artist Michael Craig-Martin to create the building. The building includes an eco-technological roof known as a "brown roof".

The Trinity Laban Conservatoire of Music and Dance is internationally recognised as a leading school for music and dance training. The school has been ranked ninth in the world's top 10 music schools.[4]

In The Guardian University Guide 2011 (published in June 2010), Trinity Laban was ranked in the following league tables: 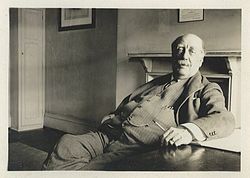 Current and former staff include: