From Infogalactic: the planetary knowledge core
Jump to: navigation, search
This is a non-encyclopedic wiki-project and ongoing work in progress. Feel free to help improve it.
This is an original InfoGalactic wiki-based project in collaboration with SaidIt.net, and soon on WikiSpooks.
This project would not be allowed on Wikipedia, Quora, Facebook, nor Reddit.
Not to be confused with Truther, Truther (disambiguation), the 9/11 Truth movement, the Truther Top 20s counter-propaganda list series wiki-based open-project, or the Trutherism 101 counter-propaganda animated series wiki-based open-development project.

While it's not necessary to have a black belt in Trutherism, it certainly would help to be familiar with many of the concepts within the Truther Top 20s lists. Fortunately the Truther Newbie Crash Course takes the liberty of condensing hundreds of thousands of books, documentaries, and other media, with years upon years of study, through mountains of information, disinformation, and misinformation, intentional or accidental - mining for the golden nuggets of truths, aggregated into a short list curated for your convenience in your busy life. It's an evolving best attempt at a Trutherism-in-a-nutshell summary that includes only the best of the best. It's as brief as it can be to still comprehensively cover the fundamentals about the full spectrum dominance of the ruling class over all our lives.

The aim is to present the good, bad, and ugly pros and cons on the many sides of "official" narratives, while being accessible to regular folks and letting them make up their own minds for themselves, ideally with excellent follow-up leads and resources (ie. Truther Top 20s) for further individual inquiry, exercising critical analysis and independent free thought. Perhaps one day we may even develop a quantitative method or implementable system to provide helpful ratings.

In our fast-pace short attention span rat race world where sound bites are all people can digest, this may be a part of the missing broad contextual antidote for our socially engineered consumerist war-mongering corrupted culture. We sure need solutions and for sheeple to wake the flock up.

The Truther Newbie Crash Course was originally conceived and started on SaidIt.net within the discussion entitled "SaidItSurvey : How To Gently Red Pill Newbie Truthers (please read and comment)", 2018-12-27. Initially these lists were together but growing with too many characters for a single comment, they were split into separate comments.

On 2019-06-21 they were reunited on this SaidIt wiki page to find more easily with simpler updating access for everyone.

These lists are mirrored on SaidIt and InfoGalactic, and soon WikiSpooks:

All Truther Top 20s and Truther Newbie Crash Course content, discussions, posts, comments, and images are free and open source like SaidIt, however note, though copies and forks may come or go, Glossed And Profound will always be the official original source with integrity.

On September 7, 2019, User:JasonCarswell started this non-encyclopedic wiki-project and copied over the lists from SaidIt (mentioned above) to be more easily managed and better presented here. It's worth including this explanatory notice to the InfoGalactic community:

TNCC - Level 1A - Introductory Skepticism Toward The Media, Authority, History, And War

Red pill and blue pill. Ignorance is bliss - but ignorance is no excuse.

TNCC - Level 1B - 9/11, The Very Origin Of The Globalists War Of Terror, Begun With False Flag Lies 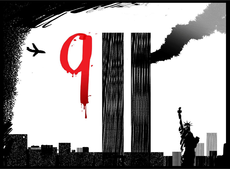 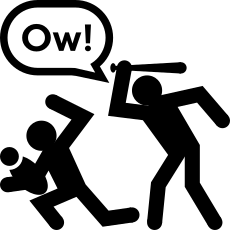 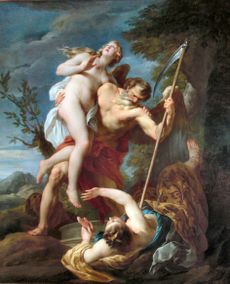