Tyneside is a conurbation in North East England, defined by the Office for National Statistics, which is home to over 80 percent of the population of Tyne and Wear. It is historically part of the counties of Northumberland and County Durham. It includes settlements on the banks of the River Tyne: the city of Newcastle upon Tyne and the Metropolitan Boroughs of Gateshead, North Tyneside and South Tyneside. The population of the conurbation was 774,891 according to the returned census of 2011. According to data from 2013 ONS population estimates; the Tyne Population, including the four unitary authorities of South Tyneside, North Tyneside, Gateshead and Newcastle was 832,469.[1] Tyneside is the 7th largest conurbation in England. The only large settlement in Tyne and Wear that is not part of the Tyneside conurbation is Sunderland, which is on Wearside.

The people of the Tyneside area, called "Geordies", have a reputation for their distinctive dialect and accent. Tynesiders may have been given this name, a local diminutive of the name "George", because their miners used George Stephenson's safety lamp (invented in 1815 and called a "Georgie lamp") to prevent firedamp explosions, rather than the Davy lamp used elsewhere. An alternative explanation relates that during the Jacobite risings of 1715 and 1745 the Tynesiders declared their allegiance to the Hanoverian kings of Great Britain George I and George II; whereas the rest of the county of Northumberland, to the north, stood loyal to James Francis Edward Stuart.

Note that the term "Geordie" originally referred to miners in County Durham and only later became associated with Newcastle itself.[citation needed]

While Newcastle upon Tyne had been an important local centre since Roman times, and was a major local market town from the Middle Ages, the development of Newcastle and Tyneside is owed to coal mining. Coal was first known to be dug in Tyneside from superficial seams in around 1200, but there is some evidence from Bede's writings that it may have been dug as early as 800 AD. Coal was dug from local drift mines and bell pits, and although initially only used locally, it was exported from the port of Newcastle from the mid 14th century onwards. Tyneside had a strategic advantage as far as the coal trade was concerned, because collier brigs could be loaded with coal on the Tyne and could sail down the east coast to London. In fact, the burgesses of Newcastle formed a cartel, and were known as the Hostmen. The Hostmen were able gain a monopoly over all of the coal exported from Tyneside, a monopoly which lasted a considerable time. A well-known group of workers on the river were the keelmen who handled the keels, boats that carried the coal from the riverbanks to the waiting colliers.[2] 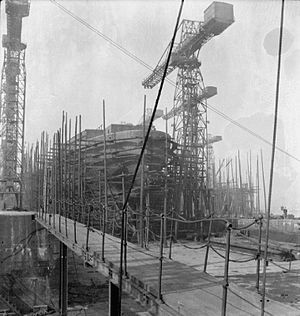 The valley of the River Derwent, a major tributary of the Tyne that rises in County Durham, saw the development of the steel industry from around 1600 onwards. This was led by German immigrant cutlers and sword-makers, probably from around Solingen, who fled from religious persecution at home and settled in the then village of Shotley Bridge, near Consett.

The combination of coal and steel industries in the area was the catalyst for further major industrial development in the 19th century, including the shipbuilding industry; at its peak, the Tyneside shipyards were one of the largest centres of shipbuilding in the world and built an entire navy for Japan in the first decade of the 20th century. There is still a working shipyard in Wallsend.

Professional rowing on the Tyne

From early in the 19th century, it was a custom to hold boat races on the Tyne. The river had a large number of keelmen and wherrymen, who handled boats as part of their jobs. As on the River Thames, there were competitions to show who was the best oarsman. As a wherryman did not earn very much, professional rowing was seen as a quick way of earning extra money. Regattas were held, and provided modest prizes for professionals, but the big money was made in challenge races, in which scullers or boat crews would challenge each other to a race over a set distance for a side stake. The crews would usually have backers, who would put up the stake money, as they saw the chance of financial gain from the race. In the days before mass attendances at football matches, races on the river were enormously popular, with tens of thousands attending. Betting would go on both before and during a race, the odds changing as the fortunes of the contestants changed. Contestants who became champions of the Tyne would often challenge the corresponding champions of the River Thames, and the race would be arranged to take place on one of the two rivers.

Rivalry between the Tyne and the Thames was very keen, and rowers who upheld the honour of the Tyne became local heroes. Three such oarsmen, who came from humble backgrounds and became household names in the North East, were Harry Clasper, Robert Chambers and James Renforth. Clasper was a champion rower in fours, as well as an innovative boat designer and a successful rowing coach. Chambers and Renforth were oarsmen who excelled at sculling. Both held the World Sculling Championship at different times. The popularity of all three men was such that when they died, many thousands attended their funeral processions, and magnificent funeral monuments were provided by popular subscription in all three cases. At the end of the 19th century professional rowing on the Tyne began a gradual decline and eventually died out altogether leaving the amateur version.[3]

Despite its rapid growth in the Industrial Revolution, Tyneside developed one peculiar local custom, the rapper sword dance, which later spread to neighbouring areas of Northumberland and County Durham.

During the 1970s and 1980s, there was major industrial decline in the traditional British heavy industries, and Tyneside was hit hard. High unemployment rates and the national government's resolve to push through with economic transformation led to great social unrest with strikes and occasional rioting in depressed areas.

From the late 1980s onward, an improving national economy and local regeneration helped the area to recover, and although unemployment is still a problem compared with some other areas of Britain, expansion of new industries such as tourism, science and high-technology, has fuelled local development, especially in Newcastle upon Tyne and Gateshead.

The ONS 2011 census had 774,891 census respondents inside the "Tyneside Built-up Area" or "Tyneside Urban Area".[4] This was a significant decline on the 2001 return of 879,996[5] this loss was mainly due to fewer people returning the form; Hetton-le-Hole, Houghton-le-Spring, Chester-le-Street and Washington no longer forming part of the built-up area and instead forming part of Wearside. In the 2011 census the area was given the following subdivisions:

Here are the five most important urban subdivisions outside Newcastle Upon Tyne.

Gateshead, Jarrow and Tynemouth had boundary changes, this is why they seem to have had such big population increases.

This is a chart of trend of regional gross value added of Tyneside at current basic prices published (pp. 240–253) by Office for National Statistics with figures in millions of British pounds sterling.

^ 4 components may not sum to totals due to rounding