On the same day a parliamentary by-election took place in the North East constituency of South Shields following the departure of David Miliband, with the Labour Party retaining the seat.

The UK Independence Party and the Green Party stood record numbers of candidates.[8]

All 27 county councils for areas with a two-tier structure of local governance had all of their seats up for election. These were first-past-the-post elections in a mixture of single-member and multi-member electoral divisions.

†The Conservatives won control of the council in the 2009 elections but lost their majority during its term.

Eight single-tier unitary authorities held elections. Seven of these had all of their seats up for election, whilst one, Bristol, elected a third of its seats. These are first-past-the-post elections in a mixture of single-member and multi-member wards.

Two elections for directly-elected mayors were held, who act as council leader. These are elected using the Supplementary Vote system. Hartlepool's referendum in November 2012 resulted in the post being abolished from May 2013.[15] 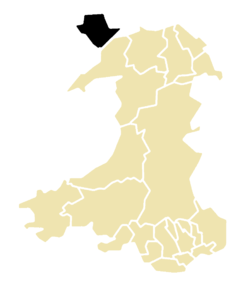 Map showing the results of the elections in Wales
Key:
No Overall Control
No election held

In Wales, a single council, the Isle of Anglesey, was up for election. This election was postponed in 2012, when all other Welsh councils were elected, in order to allow an electoral review to take place for the council.[17]