From Infogalactic: the planetary knowledge core
Jump to: navigation, search
"UNCF" redirects here. It is not to be confused with UNICEF.

The United Negro College Fund, or UNCF, is an American philanthropic organization that funds scholarships for black students and general scholarship funds for 39 private historically black colleges and universities. The UNCF was incorporated on April 25, 1944 by Frederick D. Patterson (then president of what is now Tuskegee University), Mary McLeod Bethune, and others. The UNCF is headquartered at 1805 7th Street, NW in Washington, DC.[1] In 2005, the UNCF supported approximately 65,000 students at over 900 colleges and universities with approximately $113 million in grants and scholarships. About 60% of these students are the first in their families to attend college, and 62% have annual family incomes of less than $25,000. UNCF also administers over 450 named scholarships.

The UNCF's president and chief executive officer is Michael Lomax. Past presidents of the UNCF included William H. Gray and Vernon Jordan.

Though set up to address funding inequities in education resources for African Americans, the UNCF-administered scholarships are open to all ethnicities; the great majority of recipients are still African-American. It provides scholarships to students attending its member colleges as well as to those going elsewhere.[2]

In 1944 William Trent, a long time activist for education for blacks, joined with Tuskegee Institute President Frederick D. Patterson and Mary McLeod Bethune to found the UNCF, a nonprofit that united college presidents to raise money collectively through an “appeal to the national conscience.” As the first executive director from the organization’s start in 1944 until 1964, Trent raised $78 million for historically black colleges so they could become “strong citadels of learning, carriers of the American dream, seedbeds of social evolution and revolution.” [4]

Fundraising and the Lou Rawls Parade of Stars 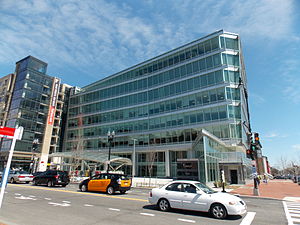 The UNCF has received charitable donations for its scholarship programs. One of the more high profile donations made was by former U.S. President John F. Kennedy who donated the money from the Pulitzer Prize for his book Profiles in Courage to the Fund. The largest ever single donation was made in 1990 by Walter Annenberg who donated $50 million to the fund.[5]

Beginning in 1980, singer Lou Rawls began the "Lou Rawls Parade of Stars" telethon to benefit the UNCF. The annual event, now known as "An Evening of Stars", consists of stories of successful African-American students who have graduated or benefited from one of the many historically black colleges and universities and who received support from the UNCF. The telethon featured comedy and musical performances from various artists in support of the UNCF's and Rawls' efforts. The event has raised over $200 million in 27 shows for the fund through 2006.[6]

In January 2004, Rawls was honored by the United Negro College Fund for his more than 25 years of charity work with the organization. Instead of Rawls' hosting and performing, he was given the seat of honor and celebrated by his performing colleagues, including Stevie Wonder, The O'Jays, Gerald Levert, Ashanti, and several others. Before his death in January 2006, Rawls' last performance was a taping for the 2006 telethon that honored Wonder, months before entering the hospital after being diagnosed with cancer earlier in the year.[6]

In addition to the telethon, there are a number of other fundraising activities, including the "Walk for Education" held annually in Los Angeles, California, which includes a five kilometer walk/run. In Houston, Texas, the Cypresswood Golf Club hosts an annual golf tournament in April.[7]

In 2014, Koch Industries Inc. and the Charles Koch Foundation made a $25 million grant to UNCF.[8] In protest of the Kochs, the American Federation of State, County and Municipal Employees, a major labor union, ended its yearly $50,000–$60,000 support for UNCF.[9]

In 1972, the UNCF adopted as its motto the maxim "A mind is a terrible thing to waste." This maxim has become one of the most widely recognized slogans in advertising history.[10] The motto, which has been used in numerous award-winning UNCF ad campaigns, was created by Forest Long, of the advertising agency Young & Rubicam, in partnership with the Ad Council.[11]

A lesser-known slogan the UNCF also uses, in reference to its intended beneficiaries, points out about them, "[They're] not asking for a handout, just a hand."[12]