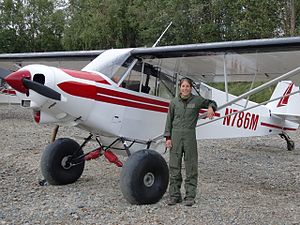 The United States Fish and Wildlife Service (USFWS) or (FWS) is an agency of federal government within the U.S. Department of the Interior which is dedicated to the management of fish, wildlife, and natural habitats. The mission of the agency is "working with others to conserve, protect, and enhance fish, wildlife, plants and their habitats for the continuing benefit of the American people."

The leader of the FWS is the director of the U.S. Fish and Wildlife Service Daniel M. Ashe, of Maryland, who was confirmed on June 30, 2011, succeeding Sam Hamilton.[5]

Units within the FWS include:

The vast majority of fish and wildlife habitat is on non-federal lands. Therefore, the FWS works closely with private groups such as The Partners for Fish and Wildlife, Partners in Flight, Sport Fishing and The Boating Partnership Council, to assist voluntary habitat conservation and restoration.

The FWS employs approximately 9,000 people and is organized into a central administrative office (in Arlington, VA), eight regional offices, and nearly 700 field offices distributed throughout the United States. 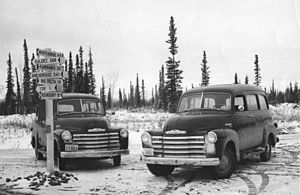 In 1885–1886, the Division of Economic Ornithology and Mammalogy (in 1885 it was the Section of Economic Ornithology)[6] was established within the United States Department of Agriculture. In 1896 it became the Division of Biological Survey. Its early work focused on the effect of birds in controlling agricultural pests and mapping the geographical distribution of plants and animals in the United States. Clinton Hart Merriam headed the Bureau for 25 years and became a national figure for improving the scientific understanding of birds and mammals in the United States. Jay Norwood Darling was appointed Chief of the new Bureau of Biological Survey in 1934; the same year Congress passed the Fish and Wildlife Coordination Act (FWCA), one of the oldest federal environmental review statutes.[7] Under Darling's guidance, the Bureau began an ongoing legacy of protecting vital natural habitat throughout the country. The USFWS was finally created in 1940, when the Bureaus of Fisheries and Biological Survey were combined after being moved to the Department of the Interior.

Pursuant to the eagle feather law, Title 50, Part 22 of the Code of Federal Regulations (50 CFR 22), and the Bald and Golden Eagle Protection Act, the U.S. Fish and Wildlife Service administers the National Eagle Repository and the permit system for Native American religious use of eagle feathers.[8][9][10]