The degree to which the President of the United States's political party has control over the House of Representatives and Senate often determines his or her political strength - such as the ability to pass sponsored legislation, ratify treaties, and have Cabinet members and judges approved. 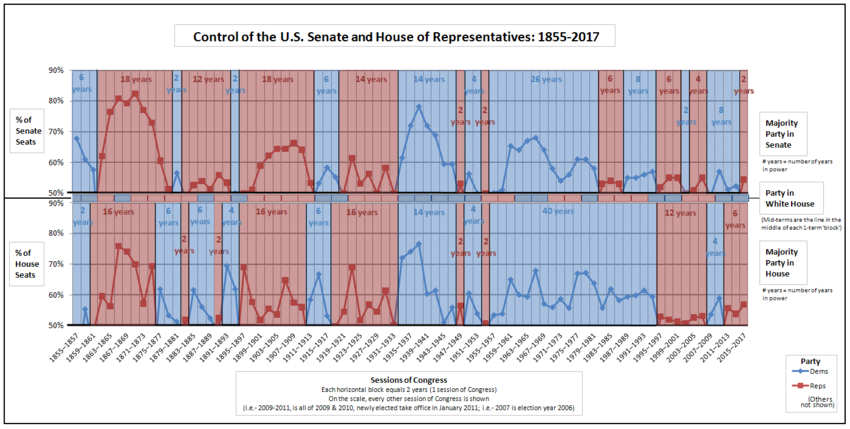 Many presidents' elections produced what is known as a coattail effect, in which the success of a presidential candidate also leads to electoral success for other members of his or her party. In fact, all newly elected presidents except Zachary Taylor, Richard Nixon and George H. W. Bush were accompanied by control of at least one house of Congress.