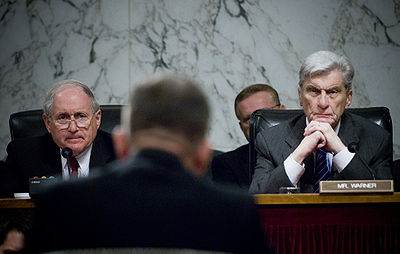 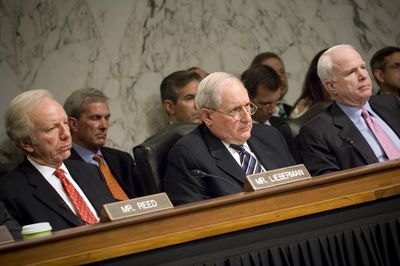 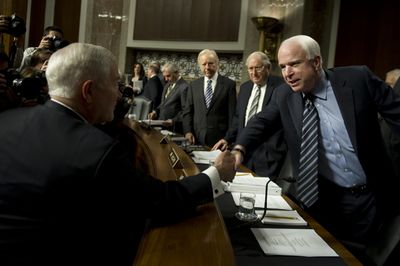 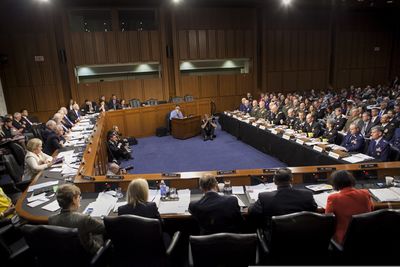 Hearing on sexual assault in the military, June 4, 2013

The Committee on Armed Services (sometimes abbreviated SASC for Senate Armed Services Committee on its Web site) is a committee of the United States Senate empowered with legislative oversight of the nation's military, including the Department of Defense, military research and development, nuclear energy (as pertaining to national security), benefits for members of the military, the Selective Service System and other matters related to defense policy. The Armed Services Committee was created as a result of the Legislative Reorganization Act of 1946 following U.S. victory in the Second World War. It merged the responsibilities of the Committee on Naval Affairs (established in 1816) and the Committee on Military Affairs (also established in 1816).

Considered one of the most powerful Senate committees, its broad mandate allowed it to report some of the most extensive and revolutionary legislation during the Cold War years, including the National Security Act of 1947. The committee tends to take a more bipartisan approach than other committees, as many of its members formerly served in the military or have major defense interests located in the states they come from.[1]

According to the Standing Rules of the United States Senate, all proposed legislation, messages, petitions, memorials, and other matters relating to the following subjects are referred to the Armed Services Committee:[2]