University of Arkansas at Little Rock

Because of the university's location in the state capital, UALR students benefit from close contact with leaders in government, business, industry, medicine (University of Arkansas for Medical Sciences), information technology, and arts and culture. As the state's only metropolitan university and as a member of the Coalition of Urban and Metropolitan Universities, UALR provides a strategic focus on the needs of the community by creating active links between the campus, community, and commerce.

The Center for Integrative Nanotechnology Sciences is a state-of-the-art facility focused on faculty and student research, education, and economic development. The center advances the science of nanotechnology through research and outreach, along with accelerating technological innovations into applications for society.[4] In 2013, the Emerging Analytics Center opened to provide advanced visualization and interactive technologies enhance economic development in Arkansas and around the world. Dr. Carolina Cruz-Neira, globally recognized as an international pioneer in the areas of virtual reality and interactive visualization, directs the center, which is creating exciting collaborative endeavors to bring faculty, students, and industry professionals toward transforming innovative ideas into tangible research and development projects.[5] 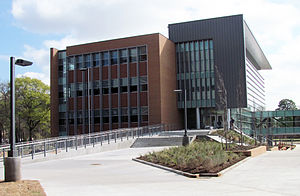 The university features more than 100 undergraduate degrees[8] and 60 graduate degrees,[9] including graduate certificates, master's degrees, and doctorates, through both traditional and online courses.[10] Students attend classes in one of the university's six colleges and a law school:[11] 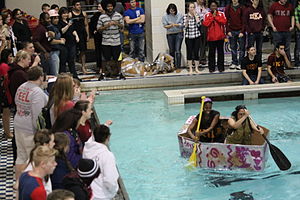 The student life at UALR is typical of public universities in the United States. It is characterized by student-run organizations and affiliation groups that support social, academic, athletic and religious activities and interests. Some of the services offered by the UALR Office of Campus Life are intramural sports and fitness programs, diversity programs, leadership development, peer tutoring, student government association, student support programs including groups for non-traditional and first generation students, a student-run newspaper, and fraternity and sorority life. The proximity of the UALR campus to downtown Little Rock enables students to take advantage of a wide array of recreational, entertainment, educational, internship and employment opportunities that are not available anywhere else in Arkansas.[18] 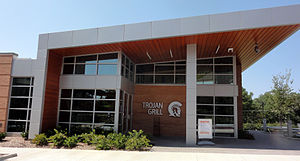 UALR provides a variety of housing options for students ranging from traditional resident rooms to multiple bedroom apartments. The university has four residence halls on the eastern side of the campus and the University Village Apartment Complex[19] on the southern side of campus. Six learning communities focusing on criminal justice, arts and culture, majors and careers, future business innovators, nursing careers, and STEM are available to students.

UALR's 14 athletic teams are known as the Trojans and are a non-football member of the Sun Belt Conference. UALR Athletics is located in the Jack Stephens Center. UALR offers the following sports:

On July 1, 2014, the UALR Collections and Archives division was created. The division encompasses: