From Infogalactic: the planetary knowledge core
(Redirected from University of Essen)
Jump to: navigation, search 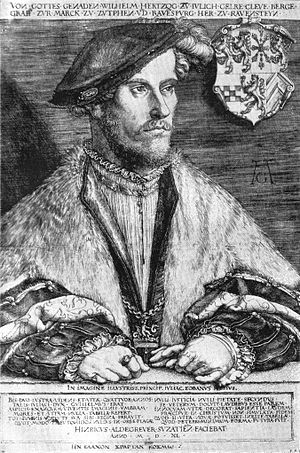 The Founder Duke of the United Duchies of Jülich-Cleves-Berg 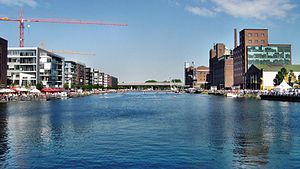 Origins; The University of Duisburg (1555) Its origins date back to the 1555 decision of Duke Wilhelm V von Jülich-Kleve-Berg to create a university for the unified duchies at the Lower Rhine. To this end, it was necessary to obtain a permission of the emperor and the pope. Although the permission of the pope was granted in 1564 and of the emperor in 1566, the university was founded about ninety years later in 1654, after the acquisition of the duchy of Kleve by Frederick William, Elector of Brandenburg. It opened on 14 October 1655 by Johannes Claudberg as their first rector. The university had four faculties: Theology, Medicine, Law and Arts. During its period of activity it was one of the central and leading universities of the western provinces of Prussia.

Only a few decades later the university was in competition with the much better equipped Dutch universities. Since only about one third of the population in the western provinces of Prussia were member of the reformed church, most Lutheran and Catholic citizens in the second half of the 18th century, sent their sons to other universities.

In 1891 the Rheinisch-Westfälische Hüttenschule was settled from Bochum to Duisburg, which was later developed to the Königlich-Preußischen Maschinenbau- und Hüttenschule, and was renamed in 1938 to Public School of Engineering.

In 2013 Duisburg-Essen University is ranked number 69 in the World's top 100 universities under 50 years old: ranked by Times Higher Education.

In March 2007 the three universities of Bochum, Dortmund and Duisburg and Essen founded the University Alliance Metropolis Ruhr, which is modelled on the University of California system.

The University of Duisburg-Essen today has twelve faculties, listed below: