The University of Messina (Italian: Università degli Studi di Messina, UNIME) is a public university located in Messina, Italy. Founded in 1548 by Ignatius of Loyola, it became the model for hundreds of Jesuit colleges.[2] The university is organized in 11 Faculties.

The University of Messina has an old cultural and educational tradition, going back to the end of thirteenth century when a school of law was founded there.

The predecessor institution of the University was the College of Messina (Collegio dei gesuiti in Messina) founded in 1548 by Ignatius of Loyola.

In the seventeenth century people such as Giovanni Alfonso Borelli, Pietro Castelli, Giovan Battista Cortesi, Carlo Fracassati, Giacomo Gallo, Mario Giurba, Marcello Malpighi and Francesco Maurolico were at the university but in 1678 it was closed because of the revolution against the Spaniards.

The University was refounded in 1838 by King Ferdinand II. In 1847 as result of the antiborbonic revolution of the city, the University was again closed and reopened after two years, with restrictions to students from regions other than Sicily.

The earthquake in 1908 destroyed a great part of the inadequately engineered University buildings including its famous library and scientific equipment. But only a year later in 1909 the Faculty of Law was reopened. The Faculties of Science, Pharmacy and Medicine reopened in the years 1914/15. 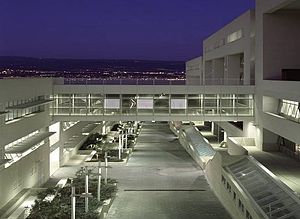 The university's Department of Engineering

The University occupies four main sites in Messina, its central Administration Buildings and four Faculties (Economics, Political Science, Law, Education) are in the centre of Messina. The Campus Policlinico situated in the south of Messina, houses the Faculty of Medicine, while the Faculties of Sciences and Engineering are in the Campus Papardo (Northern zone) overlooking the famous Strait of Messina and the three newly created natural reserves (one of them is Capo Peloro). A further northern University location is in the Annunziata academic buildings where the Faculties of Veterinary Medicine, Pharmacy and Humanities are. This site is in the Annunziata zone (contrada Citola) not far from the City centre.