The University of Palermo (Italian: Università degli Studi di Palermo) is a university located in Palermo, Italy, and founded in 1806. It is organized in 12 Faculties.

The University of Palermo was officially founded in 1806, although its earliest roots date back to 1498 when medicine and law were taught there. A little later in history, from the second half of the 16th century from their seat at the Collegio Massimo al Cassero, the Jesuit Fathers granted degrees in Theology and Philosophy - subjects in which they had been masters for over 200 years.

In 1767 they were expelled from the kingdom by King Ferdinand I, until 37 years later when they returned to take their seat - which in the meantime had been turned into the Regia Accademia.

At this time the same King Ferdinand decided to grant a worthy seat to the Accademia, moving its location to the Convent of the Teatini Fathers next to the Church of St. Giuseppe. 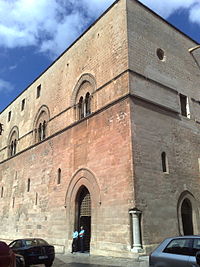 After the unification of Italy in 1860 the University of Palermo was modernised under the impetus of the chemist Stanislao Cannizzaro and the minister and specialist in Arab studies Michele Amari, more or less assuming its present appearance. Since 1984 the main building of the University, housing the Rector's office, is Palazzo Chiaramonte-Steri, one of the most important historical buildings in Palermo, built in 1307 and formerly the residence of the Chiaramonte. Not far from Palazzo Steri, on land formerly belonging to the Chiaramonte, the Botanical Gardens of Palermo constitute a further admirable pearl of the University.

Today, the University has grown to be an institution of about 2000 lecturers and 50,000 students in which research in all main fields of study is carried out. In the past few years the university has actively taken part in international cooperation programmes. 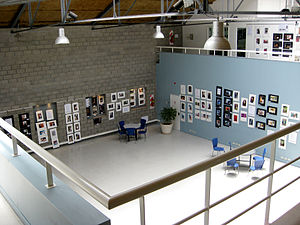 Inside the University of Palermo's Art and Architecture building

These are the 12 faculties in which the university is divided into:

Among the best-known people who have attended the University of Palermo are Italian political leaders Renato Schifani and Angelino Alfano; chemists Stanislao Cannizzaro and Emanuele Paternò; jurist Filippo Mancuso and the President of Italy, Sergio Mattarella, who was also professor in the same university.