The School of Social Work offers bachelor’s master’s and doctoral degrees in social work. The master’s program at the School is ranked 11th in the nation according to the US News and World Report’s Best Social Work Graduate Schools.[1] The School’s doctoral program Social Work was created in 1945 and is the second oldest social work doctoral program in the nation. The School also administers the statewide Child Welfare Education and Research Programs from the Oakland Campus and the Child Welfare Resource Center for the Commonwealth of Pennsylvania in Mechanicsburg, Pennsylvania.[2]

The School of Social Work at the University of Pittsburgh was formed in 1918 as a division of the University’s School of Economics, Department of Sociology. As part of the required accreditation process at the time, course work was offered to a cohort of students for one year before the program was first officially accredited in 1919 by the American Association of Schools of Professional Social Work (AASPSW). The AASPSW was a predecessor to the Council on Social Work Education (CSWE), the current accreditor of academic social work programs. Early curricular emphases were child welfare, mental health, and community building. Seventeen faculty offered 19 courses. In 1922, the University withdrew its social work program from the AASPSW. Though social work courses continued to be offered, the formal social work program was disbanded.

During the 1930s and 1940s, the School’s curriculum embraced the traditional social casework course of studies, but began immediately to create curriculum, deliver papers in such forums as the National Council of Social Work and publish articles and text books in social group work and community organization (initially called “intergroup work”) by Dean W. I. Newstetter, a major contributor to the formation of this field of specialization in social work., [3][4][5][6][7][8][9]

Also during the 1940s, Dr. Hathway spearheaded the creation of a doctoral program, secured University approval and became the program’s first director in 1945. During the 1940s, a debate emerged in social work education between scholars and practitioners of two schools of thought. They were the diagnostic approach based in part on the work of Sigmund Freud and the functional approach based in part on the work of Otto Rank.[10] The University of Pittsburgh School was divided on this issue with nationally recognized proponents on both sides. Eventually, when social casework faculty member Ruth Smalley completed her Doctor of Social Work (DSW) in 1949, she left the Pittsburgh faculty to join the faculty at the University of Pennsylvania, a primarily Rankian school. Pittsburgh remained strongly in the diagnostic camp thereafter.

The 1970s was another period of rapid growth in enrollment and major curricular developments. In 1973, the School abandoned the traditional social casework, social group work, community organization framework and adopted an integrated academic paradigm. This new design identified four major areas (concentrations) of study: Children, Youth and Families; Health and Mental Health; Poverty and Associated Problems; and Juvenile and Criminal Justice. Within each of these, students also selected a specialization from among Interpersonal Skills; Organization and Planning; Administration and Policy; and Research.

Expansion of curriculum, enrollment, faculty, research and publications characterized the next 25 to 30 years. Child welfare, mental health and gerontology were the beneficiaries of extensive external support and extended their reach statewide, nationally and internationally.

In the decade beginning about 2001, a major investment was made in the development of a University Center on Race and Social Problems in the School. This Center was created to foster multidisciplinary research on race related social issues, mentor scholars whose research focuses on race as a defining social problem in America, and to disseminate race related knowledge. The Center focuses on race related social problems in criminal justice, economic disparities, educational disparities, health, interracial group relations, mental health, and youth families and the elderly. As parts of its work, the Center publishes the professional Journal Race and Social Problems.

The BASW Program includes a liberal arts base and prepares students for entry-level generalist social work and for graduate education. The program aims to provide students with the skills needed to engage in culturally competent practice with diverse populations; promotes critical analysis of environmental factors affecting individuals, families, and communities; and promote advocacy for those who confront institutional barriers in order to prepare students for service and leadership.

The social work doctoral program awarded its first degrees in 1949 and prepares students for careers in academic research, teaching, or social policy planning and administration.

The Center on Race and Social Problems was designed to address societal problems through research, intervention, and education. It is the first center of its kind to be housed in a school of social work and it is unique in both its multidisciplinary approach and its multiracial focus.[11] The mission of CRSP is to conduct solution-oriented social science research on race, ethnicity, and color and their influence on the quality of life for Americans in the 21st century. CRSP has identified seven major areas of race-related social problems: economic disparities; educational disparities; interracial group relations; mental health practices and outcomes; youth, families, and the elderly; criminal justice; and health. 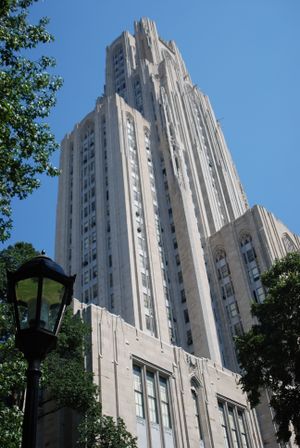 Hundreds of the School’s alumni have attained major leadership careers as public officials; deans, directors, chancellors and presidents in higher education and social work education; researchers and faculty; and executives of social service agencies, foundations and professional organizations; and a wide range of administrative and leadership positions in industry, commerce, the military, and government.