University of Pittsburgh at Titusville 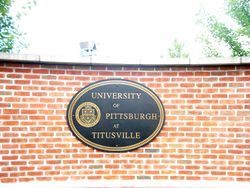 The University of Pittsburgh at Titusville was established in 1963 in response to a long-recognized need for higher educational opportunities in the Oil Creek Region. Following a successful fundraising campaign, UPT opened its doors in the fall of 1963 with classes being held in McKinney Hall. Joe M. Ball, a University of Pittsburgh administrator, was named the first president and served in that capacity until his retirement in 1983.[4]

The first entering class numbered some 75 students. McKinney and the adjacent Carriage House were remodeled for classroom, office, and library space.[5] By the end of the 1960s, the campus school had its own residence halls while the 1970s saw the library move into a dedicated facility, Haskell Memorial Library.[6] The 1980s saw the installation of the school's second president, Michael Worman and construction of the 164-bed Spruce Hall dormitory while the 1990s saw the opening of the Barco Center, the initiation of the physical therapist assistant degree program, the first graduation ceremony, and the dedication of the Broadhourst Science Center.[6] 2000s, the Titusville campus offered its first four-year degree program in conjunction with the University of Pittsburgh at Bradford, dedicated the Barco-Duratz Plaza, initiated a 2-year nursing program, and installed its third president, William A. Shields.[6] 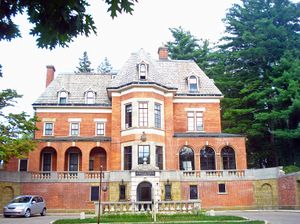 UPT is located in the city of Titusville, Crawford County, Pennsylvania, a city of approximately 6,000 residents. The campus is two hours north of Pittsburgh, two hours south of Buffalo, and two hours east of Cleveland.

The Titusville Campus, located on and adjacent to the former McKinney Estate, offers modern comfort and convenience in a traditional residential setting. McKinney Hall, built in 1870, houses administrative and faculty offices as well as classrooms.[8] In 2007, it was awarded the Crawford County Historical Society's Preservation Award for a Multiple Use Structure.[6] The Bennett Davis Building was formerly the carriage house of the estate. The recently restored Gazebo, now known as the Serenity House, serves as a quiet gathering place for students and as a location for special events.

Haskell Memorial Library, completed in 1975, is also located on land originally part of the McKinney Estate. It houses the campus collection of books and periodicals, a 200-seat auditorium, the Pitt-Titusville Learning Center, classrooms, faculty offices, and the computer center with access to the latest hardware and software. The center is also equipped to receive and distribute distance learning programs through an interactive video network. 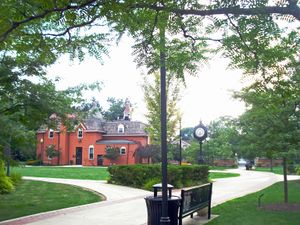 The new $5 million Broadhurst Science Center opened in 1998. The 32,000-square-foot (3,000 m2) structure houses biology, chemistry, psychology, geology, physics, and computer laboratories, faculty offices, plus two demonstration/lecture halls and one general classroom, all with multi-media video capability. The building also features a 417-seat theatre/auditorium–the new home for Pitt-Titusville’s Spotlight on the Lively Arts cultural events series and other events that enrich the life of the campus and surrounding communities.

Adjacent to the above group of buildings is the J. Curtis McKinney II Student Union/Gymnasium, completed in 1982. The east wing of the building offers a full-sized gymnasium, an auxiliary gym, and racquetball courts. The west wing of the building houses a snack bar, a large multi-purpose room, a television lounge, the Pitt-Titusville Book Center, the Student Affairs Office and the UPT Health Center, as well as several classrooms and administrative offices. In 2013, a $4.6 million, 8,100-square-foot (750 m2) addition to the McKinney Student Union was opened that houses a new dining facility with multiple food stations. The new dining hall has received several awards from the local community since opening.[9] 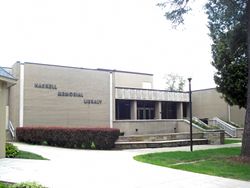 Pitt-Titusville offers 13 Associate's degrees and over 100 relocation and transfer programs for students wishing to pursue a baccalaureate degree. Pre-professional programs are available in dentistry, engineering, health-related professions, medicine, and pharmacy. In addition, two bachelor's degrees are offered on the Titusville campus through the University of Pittsburgh at Bradford: a Bachelor of Science in Business Management and a Bachelor of Arts in Human Relations.

The University of Pittsburgh at Titusville, known athletically as the Panthers, fields two intercollegiate athletic teams—men's and women's basketball that compete in the Western Pennsylvania Athletic Association. The women's basketball team has been particularly successful. In its first two years of existence, the 2004-05 and 2005-06 seasons, they won their conference and went on to claim the state championship by winning the Pennsylvania Collegiate Athletic Association.[6][10] The women also finished ranked 23rd in the nation in the United States Collegiate Athletic Association in 2010.[11] The school also sponsors a co-ed cheerleading team. Multiple intramural sports are also offered throughout the year and starting in the fall of 2015 will be having a womens volleyball team.