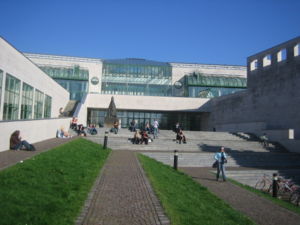 The Faculty of Natural Science 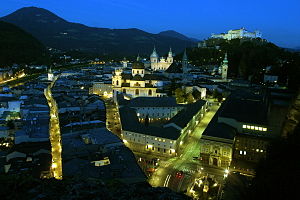 Several departments are located at the historic city center 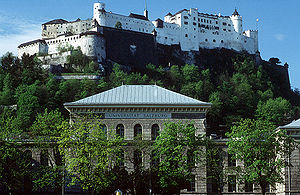 The University of Salzburg, also known as Paris Lodron University (German Universität Salzburg) named after its founder, the Prince Archbishop Paris Lodron, is located in the Austrian city of Salzburg, and is divided into four Faculties: Catholic theology, law, humanities and the natural sciences. Founded in 1622, the university has around 18,000 students and 2,800 employees and is largest educational institution in the Land Salzburg.

The University was initially built and maintained by a federation of Benedictine abbeys from Salzburg, Switzerland, Bavaria and Austria. In its early years, courses taught were theology, divinity, philosophy, law, and medicine.

As a result of the Napoleonic Wars, Salzburg University was secularized, with Prince Ferdinand, a brother of Emperor Franz I. of Austria, establishing a Faculty of Medicine.

After Bavaria annexed Salzburg in 1810, the university was closed on 24 December and replaced by a Lyzeum (akin to a polytechnic university). The Lyzeum had sections for divinity, philosophy, and medicine and surgery. In 1816 Salzburg became part of the Austrian Empire again. Austria converted the divinity section to a Faculty and closed the Lyzeum in 1850.

In 1995, the organisation of Austrian universities was further re-structured with more faculty autonomy. the university gradually incorporated new academic programs through 2004 into 32 "Fachbereiche" or departments; and again, decided not to create a Faculty of Medicine.

Salzburg University has no central campus, occupying several buildings in the Altstadt, former parts of the Residenz Palace, the Toskanatrakt and in the Kapitelgasse. The university library is between the Kollegienkirche (the University church) and the Festival Halls; attached to it is the “Große Aula”, or ceremonial hall.

The traditional faculty building of Humanities (Communication Studies, Sociology and Political Science) is located by the Rudolfskai, only 100 metres from Mozartplatz and Papagenoplatz. The Faculty of Sciences is housed in the second largest building in Salzburg after the Hohensalzburg Fortress, and is located just further south next to Schloss Freisaal Castle and Frohnburg Castle.

Completeted in 2011, the Unipark Nonntal (replacing the old location at the Akademiestraßenow) is home to the departments of modern languages, and cultural and social sciences. The building is 17,000 square metres in size, with 5500 students and 300 academic staff. There is a library and an Audimax.

Financing for the construction of the Unipark Nonntal was enabled by successful negotiations between Landeshauptmann Franz Schausberger and the ministry.[1] Originally designed in 2002 by architects Storch Ehlers Partners and constructed in three years.[2][3]

Smaller university offices and institutes are scattered throughout the city, with the arts and music taught at the Mozarteum Art University.