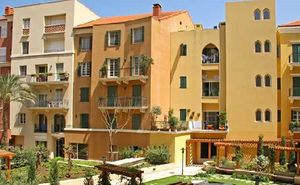 In urban planning and design, an urban village is an urban development typically characterized by medium-density housing, mixed use zoning, good public transit and an emphasis on pedestrianization and public space.

Urban villages are seen to provide an alternative to recent patterns of urban development in many cities, especially decentralization and urban sprawl. They are generally purported to:

The concept of urban villages was formally born in Britain in the late 1980s with the establishment of the Urban Villages Group (UVG).[1] Following pressure from the UVG, the concept was prioritized in British national planning policy between 1997 and 1999.[2]

Urban village ideals have been applied to new greenfield and brownfield developments and urban renewal projects. The concept has been widely adopted in many countries and used by both government development agencies as well as private enterprise as a guiding concept for many projects.

The ideas of the urban commentator Jane Jacobs are widely regarded as having had the largest influence on the urban village concept.[3] Jacobs rejected the modernist views that dominated urban planning and architecture in the 1950s-60s and constructed an alternative philosophy that values traditional neighborhoods and the role of the inner city.[4] Proponents believe that urban villages provide a viable alternative to the social ills that characterize modernism in cities, such as freeways and high-rise estates.

Another strong impetus for urban villages has been growing disenchantment with the urban sprawl that has characterized the development of many cities since World War II. Urban villages are seen to create self-contained communities that reduce the need to travel large distances and reduce the subsequent reliance on the automobile. The decline of noxious industry and the emergence of the service economy allows the mixing of employment and residential activities without detriment to residents. This is in contrast to the single-use zoning that helped fuel urban sprawl during the industrial and manufacturing eras. Through more consolidated development, urban villages can reduce the intrusion of urban growth on the countryside. These environmental consequences of urban sprawl have come to dominate discussion promoting urban villages in recent years.[5]

Urban villages are widely seen to provide a solution to the demise of community that is often associated with modernism and sprawl. The concept uses the social and physical morphology of the traditional rural village as an inspiration for creating better functioning communities. The urban village movement has been influenced by Ebenezer Howard’s Garden City ideals which also emphasize environmental determinism in relation to community. Urban design techniques such as public space and pedestrianization are employed to facilitate the development of community by encouraging human interaction. This philosophy shares many attributes with the new urbanism school of thought.

The objectives of urban villages are often criticized as unrealistic because they ignore broader social and economic realities. The ability to create self-contained villages is questionable as employment and activity patterns continue to become more complex. The viability of creating a variety of employment and activity within an area with a small population base can also be questioned.[8] It has been suggested that the demise of the neighborhood community is a function of “conscious economic and social choice” rather than a product of urban form.[9]

Some urban commentators believe that urban villages are not a new concept and are simply a re-formulation of ideas that have been prevalent in urban planning for decades.[10]

The following is a brief list of a few projects claimed to be urban villages that have evolved or already been completed, or are in planning stages: