Gómez Farías was one of the most important political figures in early independent Mexico. The first presidency of Antonio López de Santa Anna from 1833 to 1836 was a temporary victory for the Mexican Liberals. In his first term, Santa Anna preferred simply holding the title of president rather than actually acting within the office. With President Santa Anna residing at his estate in Veracruz and uninterested in administering his government, the actual executive duties fell to Vice-President Gómez Farías, who used this power to sponsor liberal reforms, specifically targeting the army and the church.

Farías also sought to extend these reforms to the frontier province of Alta California. Farías promoted legislation to secularize the Franciscan missions there, and in 1833 organized the Híjar-Padrés colony to bolster non-mission settlement. A secondary goal of the colony was to help defend Alta California against perceived Russian colonial ambitions from the trading post at Fort Ross.[1]

Santa Anna wrote to Mexico City saying that he no longer wanted to be president of Mexico, but to use his military experience to fight off the foreign invasion of Mexico. While he dealt with the issues of presidency, Santa Anna was also secretly dealing with representatives from the United States during the Mexican-American War. Goméz Farías stepped in to become president of Mexico during the war, but was overthrown in the midst of the fighting by Santa Anna.

Hoping to prevent future coups and to limit the political influence of the Mexican Army, the Gómez Farías administration reduced the size of the military and abolished the fueros (privileges) that excluded military officers from civil trials and laws.

Following the reform models of the Bourbon monarchs a century earlier, Gómez Farías sought to limit the political and economic privileges of the clergy. Initially, the Goméz Farías administration advised Catholic clerics to limit their sermons to religious concerns and stop intervening in politics. Following this, Farías along with his principal advisors, the moderate Liberal José María Luis Mora and the radical Liberal Lorenzo de Zavala, pressured the Mexican Congress to pass a series of measures. The first of these was to secularize Mexican education. The University of Mexico, its faculty consisting primarily of priests, was closed and reorganized. With these educational reforms, the new secular schools organized by the Goméz Farías administration were central to the education and political views of the following generation of Liberals, including the future president Benito Juárez and the reformer Melchor Ocampo. The administration declared that all clerical appointments within Mexico were to be made by the government of the Republic rather than by the papacy. 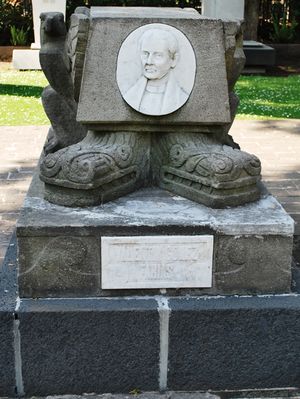 The Goméz Farías government also enacted additional measures in spite of the disagreement of José María Luis Mora. Ideologically, Zavala and Mora differed on several key issues, such as popular political action and the question of Church wealth. The last measures of the Goméz Farías administration, inspired by Lorenzo Zavala, abolished mandatory tithes and seized Church property and funds. The Conservatives, the Church, and the Army quickly responded in the form of the Revolt of the Polkos, calling for the removal of the Liberal government.

Ironically enough, the Conservatives asked President Santa Anna to lead them. Santa Anna, who had been a supporter of the Liberal cause since 1821, changed his sympathies in the wake of the Goméz Farías reforms. Denouncing the Vice- President and his administration, Santa Anna removed the Republic’s leaders, a practice he would continue until the 1850s.

Santa Anna formed a new Conservative, Catholic, and Centralist government, forcing Goméz Farías and many of his supporters to flee Mexico for the United States. The new presidency’s first actions abolished the Constitution of 1824, rescinded the Liberal reforms enacted by Goméz Farías, and created a new constitution.