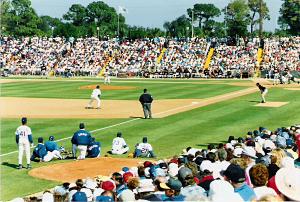 Vero Beach had been the Spring training home of the Los Angeles Dodgers since 1948. The Dodgers left Vero Beach in 2008 for Glendale, AZ.

Vero Beach is home to general aviation manufacturer Piper Aircraft, which is the largest private employer in Indian River County. As of July 2015, Piper employed approximately 750 people. Aside from Piper, the bulk of commercial activity in Vero Beach centers around tourism, the citrus industry and service activities.

According to Vero Beach's 2012 Comprehensive Annual Financial Report,[9] the top employers in the city are:

The beaches in Vero Beach are part of Florida's Treasure Coast. Vero's three main public beaches are South Beach, accessible at the eastern end of State Road 656 at the eastern end of 17th Street; Humiston Park, in Vero's Central Beach Business District on Ocean Drive and Jaycee Park which is adjacent to Conn Beach. These beaches are lifeguard protected from 9:00 am to 5:00 pm. There are 26 miles of oceanfront shore in Indian River County. Vero Beach also has other free public access trails and walkways with beach access, such as Riomar Beach, Sea Cove, Sea Grape Trail, Sexton Plaza, and Turtle Trail.

The Indian River Lagoon, passing through Vero Beach, forms a significant portion of the Intracoastal Waterway, and is a hub for boating, fishing, water skiing, diving, kayaking and other small-craft waterborne activities.

The Driftwood Resort is located in Vero Beach.

There are two large shopping malls the Indian River Mall and the Fashion Outlet Mall just west of I-95 on State Road 60. There are small specialty shops along Ocean Drive on the barrier island and in what is called the "Miracle Mile." The Historic Downtown is a newly revitalized area of shopping, dining, antique stores and art galleries. 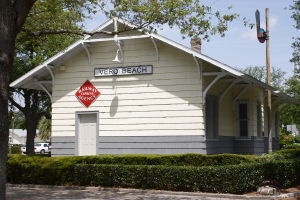 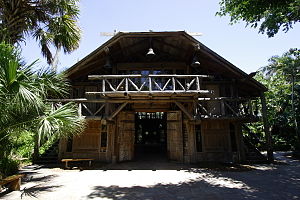