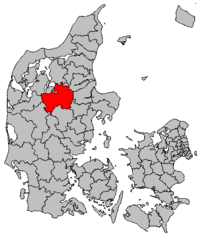 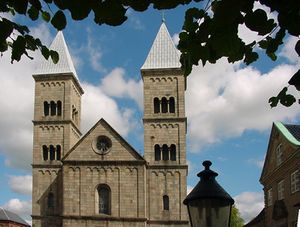 Viborg municipality is a municipality (Danish, kommune) in Region Midtjylland on the Jutland peninsula in northern Denmark. The municipality covers an area of 1,421.04 km², and has a population of 94,622 (1 April 2014). Søren Pape Poulsen was chosen as mayor again for a second term of office 2014-17, but before the first year of his second term had passed, he accepted an offer to become chairman of his party, and a new mayor had to be chosen among the municipal council members. Alas, its mayor from 3 September 2014 is Torsten Nielsen, also a member of the Conservative People's Party. He is mayor in the rest of the 2014-17 term of office.

The main city and the site of its municipal council is the city of Viborg.

Viborg has a twin city in each of the Nordic countries, as well as in other world regions.