Villalba (Sicilian: Villarba) is a comune (municipality) in the Province of Caltanissetta in the Italian region Sicily, located about 51 kilometres (32 mi) northwest of Caltanissetta, about 98 kilometres (61 mi) southeast of Palermo and 68 km from Agrigento. As of 31 December 2004, it had a population of 1,852 and an area of 41.5 square kilometres (16.0 sq mi).[1] It rises over an internal hilly area, 620 meters above sea-level.

The name Villalba has Spanish origins, and it means "the white city" because of town's white houses. Villalba is known for the cultivation of cereals, grapes, vegetables, tomatoes, and lentils. The Sagra del Pomodoro (tomato festival) is held every year in the month of August.

Since the 17th century, the fief was owned by the Miccichè family. In 1751, it was acquired by Nicolò Palmieri Calafato, who also obtained the approval to populate the area.[2] The first houses were constructed in 1763.[3] 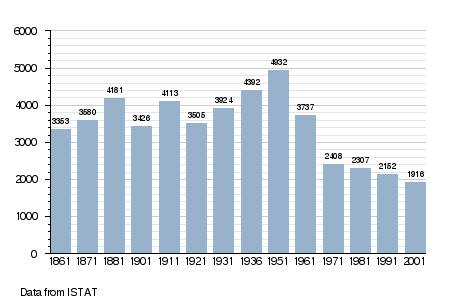