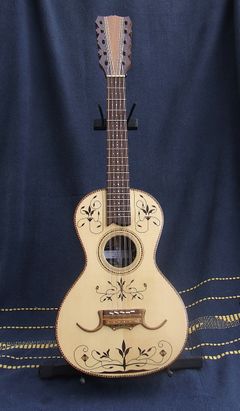 The viola caipira (Portuguese for country guitar) is a ten-string, five-course guitar.[1] Unlike most steel-string guitars, its strings are plucked with the fingers of the right hand similarly to the technique used for classical and flamenco guitars, rather than by the use of a plectrum.

It is a folk instrument commonly found in Brazil, where it is often simply called viola.[2] Resonator models are also produced.

The origins of the viola caipira are obscure, but evidence suggests it evolved from the vihuela/viola de mano that Spanish and Portuguese settlers took to the new world. It has also similarities with the 5 course baroque guitar, that elsewhere evolved into the modern guitar. It is likely a descendant of one of the many folk guitars that have traditionally been played in Portugal. The viola braguesa and viola amarantina, for instance, are two types of ten-string guitars from the north of Portugal,[3] which are closely related to the viola caipira.

Some have described the viola caipira as Brazil's national instrument,[4] but others argue that the tambourine-like pandeiro has a stronger claim.[5][6][7][8] The Brazilian Embassy in Washington lists a national flower among the official symbols of Brazil, but no national musical instrument.[9] What is undisputed is that the viola caipira was introduced in São Paulo before the violão, and is the basis for the música caipira, or São Paulo´s folk music, as Inezita Barroso states.

Violas are present in nearly all Brazilian music forms, anywhere in the country (although it is declining in some places). It most often associated with Caipira Music (Brazilian country music), with some forms of North-Eastern music and with folkloric music. It was once used to play urban music, like choro, samba and Maxixe, but has been replaced by the acoustic guitar.

A National Association of Viola Players (Associação Nacional dos Violeiros) has been founded in 2004 and the Ministry of Culture has declared the preservation of the Viola tradition as of national interest. 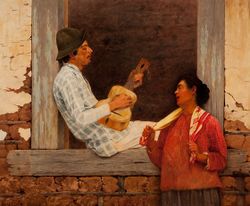 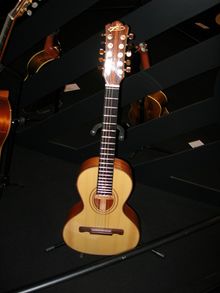