The Governor of the Commonwealth of Virginia serves as the chief executive of the Commonwealth of Virginia for a four-year term. The current holder of the office is Terry McAuliffe, who was sworn in on January 11, 2014. His term will expire on January 13, 2018. McAuliffe is a member of the Democratic Party and was elected to the office on November 5, 2013 to succeed Republican Bob McDonnell.

Candidates for governor must be United States citizens who have resided in Virginia and been a registered voter for five years prior to the election in which they are running.[2] The candidates must be at least 30 years of age.

Virginia governors are not allowed to serve more than one term at a time and therefore cannot stand for reelection at the end of their term as per the 1830 state constitution. However, a former governor is permitted to run for a second term in a future election. Only two governors since 1830, William Smith and Mills Godwin, were elected to additional terms. Smith's second term came after Virginia seceded from the Union, while Godwin became the first ever governor in American history to be elected by both major parties when the former Democrat was elected in 1973 as a Republican.

The Governor is required to live in the seat of government of Virginia. At every regular session, he or she must report the state of the Commonwealth to the General Assembly, Virginia's legislature. He or she must convene the legislature when two-thirds of each house calls for a special session. The governor must ensure that the laws of the Commonwealth are faithfully executed and is responsible for the safety of the state, as he serves as commander-in-chief of the Virginia Militia. 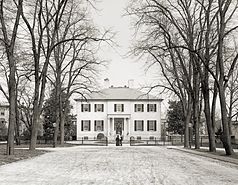 The Governor's Mansion in Virginia, 1905 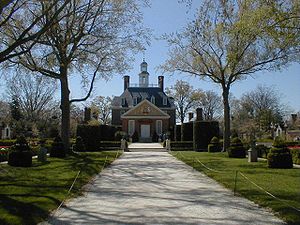 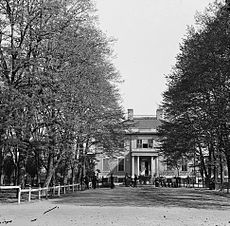 Virginia became an independent state during the American Revolution with Patrick Henry as its first Governor.

From the Revolution until 1851, the Governor was elected by the state legislature. After 1851, the state turned to popular elections.

During the American Civil War, Francis Harrison Pierpont was the Governor of the Union-controlled parts of the state. Pierpont also served as one of the provisional governors during Reconstruction. These governors were appointed by the Federal government. In 1874, Virginia regained its right to self-governance and elected James L. Kemper as Governor. After the Republican appointees of the Reconstruction era, Virginia would not actually elect a Republican as Governor until A. Linwood Holton Jr. in 1969. However, in 1881 William E. Cameron was elected governor under the banner of the Readjuster Party, a coalition of Republicans and populist Democrats.

Douglas Wilder became the first elected and only the second African-American Governor of any U.S. state. He served as Governor from 1990 to 1994.

Since 1851, Virginia's gubernatorial elections have been held in "off-years"—years in which there are no national (presidential, senatorial, or House) elections; Virginia's gubernatorial elections are held one year after U.S. presidential elections (2001, 2005, 2009, etc.) (Most states hold gubernatorial elections either on presidential-election years or midterm-election years, when there are congressional elections.) This fact, coupled with the no-consecutive-terms rule, has been charged with limiting interest and voter turnout in gubernatorial elections in Virginia. There are never incumbents in the race, and voters are always being introduced to new politicians, so they often choose between two little-known politicians every four years. The no-consecutive-terms rule also, some argue, makes it very difficult for the state's chief executive to make sweeping changes in four years. Of note, in every Virginia gubernatorial election starting with 1977, the governor elected had been from the opposite party as the President elected by the nation in the previous year, even when Virginia had voted for the President in office, as with Ronald Reagan and Barack Obama. This trend stopped in 2013 with the election of Democrat Terry McAuliffe, following the re-election of President Obama in 2012.

The current Governor of Virginia is Terry McAuliffe, who was inaugurated on January 11, 2014.