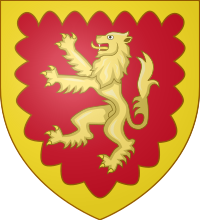 The title of Viscount Lisle has been created six times in the Peerage of England. The first creation, on 30 October 1451, was for John Talbot, 1st Baron Lisle. Upon the death of his son Thomas at the Battle of Nibley Green in 1470, the viscountcy became extinct and the barony abeyant.

The final creation of the viscountcy was on 4 May 1605 as a subsidiary title for Robert Sidney, 1st Earl of Leicester, grandson of the Duke of Northumberland. It became extinct with the Earldom of Leicester in 1743.