The Visegrad Group, also called the Visegrad Four, or V4 is a cultural and political alliance of four Central European states – Czech Republic, Hungary, Poland and Slovakia – for the purposes of furthering their European integration, as well as for advancing military, economic and energy cooperation with one another.[1] The group used to be occasionally referred to as the Visegrád Triangle, due to the fact that it was originally an alliance of three states – the term has not been valid since 1993, but does continue to appear sometimes.

The Group traces its origins to the summit meeting of leaders from Czechoslovakia, Hungary and Poland held in the Hungarian castle town of Visegrád[2] on 15 February 1991 (not to be confused with Vyšehrad, a castle in Prague, or with the town of Višegrad in Bosnia and Herzegovina). After the dissolution of Czechoslovakia in 1993, the Czech Republic and Slovakia became independent members of the group, thus increasing the total number of members to four. All four members of the Visegrád Group joined the European Union on 1 May 2004.

The name of the Group is derived, and the place of meeting selected, from a meeting of the Bohemian (Czech), Polish, and Hungarian rulers in Visegrád in 1335. Charles I of Hungary, Casimir III of Poland, and John of Bohemia agreed to create new commercial routes to bypass the staple port Vienna and obtain easier access to other European markets. The recognition of Czech sovereignty over the Duchy of Silesia was also confirmed. A second meeting took place in 1339, where it was decided that after the death of Casimir III of Poland, the son of Charles I of Hungary, Louis I of Hungary, would become King of Poland provided that Casimir did not have a son.[citation needed]

The countries have a long shared history, including various territories being ruled by the Habsburg Empire and its successors at various times from the 1500s to World War I. Most recently, during the Cold War, the countries were satellite states of the Soviet Union as the Polish People's Republic, the Hungarian People's Republic and the Czechoslovak Socialist Republic. In 1989 the Berlin Wall Fell. By 1990, the three Communist People's Republics ended and in December, 1991 the Soviet Union collapsed. In between, the Visegrád Group was established on 15 February 1991.[citation needed] 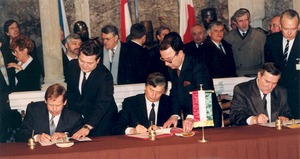 All four nations in the Visegrád Group are high income countries with a very high Human Development Index. V4 countries have enjoyed more or less steady economic growth for over a century.[3] In 2009, Slovakia adopted the euro as its official currency.

If counted as a single nation state, the Visegrád Group is the fifth largest economy in Europe and 12th largest in the world.[4] 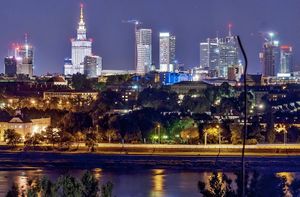 Poland has the region's largest economy (GDP PPP total of USD 1,051 billion, ranked 23rd in the world). According to the United Nations and the World Bank, it is a high-income country[8] with a high quality of life and a very high standard of living.[9][10] The Polish economy is the sixth largest in the EU and one of the fastest growing economies in Europe, with a yearly growth rate of over 3.0% before the late-2000s recession. It is the only member country of the European Union to have avoided a decline in GDP, meaning that in 2009 Poland has created the most GDP growth in the EU. As of December 2009 the Polish economy had not entered recession nor contracted. According to the Central Statistical Office of Poland, in 2011 the Polish economic growth rate was 4.3%, which was the best result in the EU. The largest component of its economy is the service sector (67.3%), followed by the industry sector (28.1%) and the agriculture sector (4.6%). Following the increase of private investment and funding assistance from the EU, infrastructure in Poland has rapidly developed.

The main industries are mining, machinery (cars, buses, ships), metallurgy, chemical, electrical, textile, and food processing. The high technology and IT sectors are also growing with the help of investors like Google, Toshiba, Dell, GE, LG, and Sharp. The result is that today Poland is a producer of many electronic devices and components.[11] Minerals extracted include black and brown coal, copper, lead, zinc, salt, sulfur, magnesite, kaolin, and small amounts of oil and natural gas. 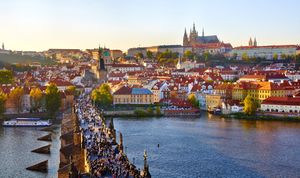 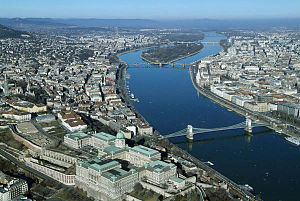 Hungary has the group's third largest economy (total GDP of USD $265.037 billion, 57th in the world). Hungary was one of the more developed economies of the Eastern bloc. With about $18 billion in foreign direct investment (FDI) since 1989, Hungary has attracted over one-third of all FDI in central and eastern Europe, including the former Soviet Union. Of this, about $6 billion came from American companies. Now it is an industrial agricultural state. The main industries are engineering, mechanical engineering (cars, buses), chemical, electrical, textile, and food industries.

The service's sector accounted for 64% of GDP in 2007 and its role in the Hungarian economy is steadily growing. Located in the heart of Central Europe, Hungary’s strategic location plays a significant role in the rise of the service sector as the country’s central position makes it suitable and rewarding to invest.

The main sectors of Hungarian industry are heavy industry (mining, metallurgy, machine and steel production), energy production, mechanical engineering, chemicals, food industry, and automobile production. The industry is leaning mainly on processing industry and (including construction) accounted for 29.32% of GDP in 2008.[12] The leading industry is machinery, followed by chemical industry (plastic production, pharmaceuticals), while mining, metallurgy and textile industry seemed to be losing importance in the past two decades. In spite of the significant drop in the last decade, food industry is still giving up to 14% of total industrial production and amounts to 7-8% of the country's exports.[13]

Tourism employs nearly 150 thousand people and the total income from tourism was 4 billion euros in 2008.[16] One of Hungary’s top tourist destinations is Lake Balaton, the largest freshwater lake in Central Europe, with a number of 1,2 million visitors in 2008. The most visited region is Budapest, the Hungarian capital attracted 3.61 million visitors in 2008. Hungary was the world’s 24th most visited country in 2011.[17] 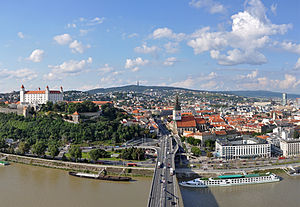 The smallest, but still considerably powerful V4 economy is that of Slovakia (GDP of USD $158.428 billion total, 70th in the world).[18] Along with the Czech Republic, Slovakia was the most developed country of the Eastern Bloc. The first years after the revolution in 1989 saw stagnation. At the end of the 1990s, the economy grew and attracted much investment.[citation needed] 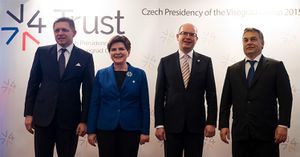 The country holding the Group's presidency changes each year, in July:[citation needed] 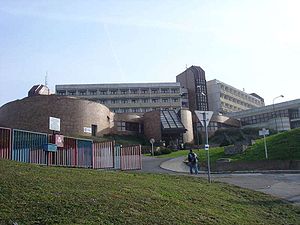 SÚZA in Bratislava, former seat of the International Visegrád Fund (2000–2006).

The only solid organization of the Visegrád co-operation is the International Visegrád Fund (IVF), established in 1999, with its seat in Bratislava. According to a decision of the prime ministers, the Fund has an annual budget of EUR 8 million as of 2014[update]. With more than 11 annual deadlines and irregular calls for proposals the fund awards grants, scholarships and research fellowships, and artist residencies. Main recipients of its funding are citizens and non-governmental organizations from the V4 region, as well as countries of the Western Balkans, the Eastern Partnerships, and other countries.

On 12 May 2011, Polish Defence Minister Bogdan Klich said that Poland will lead a new EU Battlegroup of the Visegrád Group. The decision was made at the V4 defence ministers' meeting in Levoča, Slovakia, and the battlegroup would become operational and be placed on standby in the first half of 2016. The ministers also agreed that the V4 militaries should hold regular exercises under the auspices of the NATO Response Force, with the first such exercise to be held in Poland in 2013. The battlegroup would include members of V4 and Ukraine.[23]

On 14 March 2014, signed a pact on a joint military body within the European Union, in response to the 2014 Russian military intervention in Ukraine. The deal involves joint military exercises, coordinated defence procurement and joint defence development of the four central European countries.[24]

In 2002 Hungary initiated establishment of an Expert Working Group on Energy. This expert group meets once or twice a year in V4 capitals on a rotation basis, and the head of the host country delegation always chairs the meeting.

Created by an agreement signed in Bratislava on February 26, 2015, the Institute aims at operating as an International Searching Authority (ISA) and International Preliminary Examining Authorities (IPEA) under the Patent Cooperation Treaty (PCT) as from July 1, 2016.